It's hard to imagine but the Wizard of Oz was a major brand in the 1920's, long before the release of the 1939 movie with Judy Garland. Here are a few games and toys from the Flapper era that bear that Oz brand:

Above is a picture of the game board that accompanied the Parker Brothers game, shown at the top of the page. I have an Oz collection and to me it seems pretty accurate in terms of the original fourteen book Oz series.  Take a close look as it features not just the Munchikins but the Gillikins, the Quadlings and the Winkies. 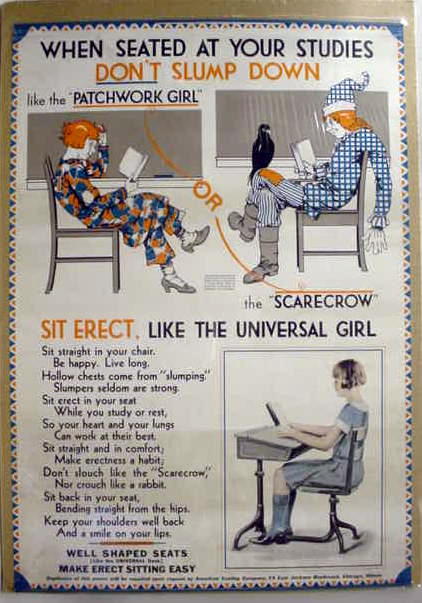 The above ad for the American Seating Company uses the Patchwork Girl, a character who appeared in the seventh book in the series,The Patchwork Girl of Oz, which was published in 1913. The ad has some pretty strong feelings about slumping noting that slumping can give you a "hollow chest" and make you weak. The ad also features the more familiar Scarecrow of Oz whom she eventually dated. 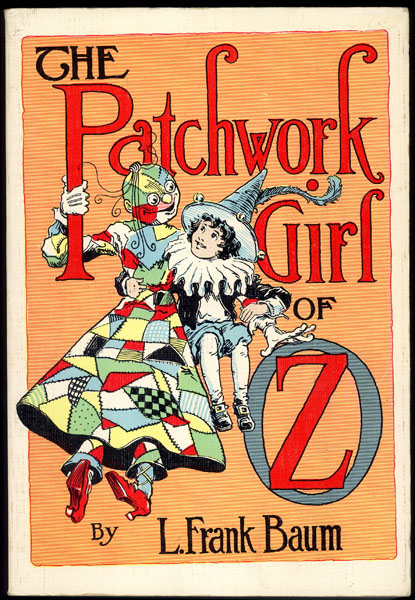 The Wobble Bug Game from Parker Brothers (see above) was released in 1905. Its extremely rare and features Professor Wobblebug who had his book, "The Wobble-Bug Book" published  the same year. The Wizard of Oz Waddle Book was published in 1934. It came with cut outs that allowed you to make your own waddling characters. Apparently, they would walk down a slope in a shuffling manner.