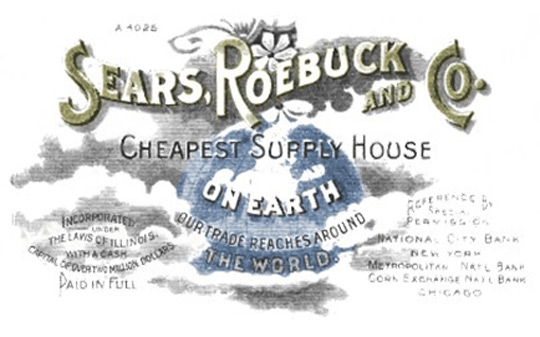 Those of us who have been in the industry for a while can remember when a trip to the Sears headquarters in Chicago or the Kmart buying offices in Troy, Michigan was mandatory if you wanted to be in the toy business. It was pretty much like visiting Bentonville today…you just had to do it.

Today, both chains are owned by investor Eddie Lampert and under his decade long oversight have shrunk to become a shadow of themselves.  Mr. Lampert has been metaphorically selling the furniture to pay for the house. Just last week the company sold off its powerful tool brand, Craftsman, in order to raise capital to stay afloat.

The New York Times, "Deal Professor", Steven Davidoff Solomon looks at Kmart and Sears and puts the problem this way in his article, "Sears Clings to Catalog Thinking in an Online World":

In recent years, Sears has struggled. The company has lost over $9 billion in the last five years. Since 2011, it has shut more than 150 of its big Sears stores and over 350 Kmart stores, and it has just announced the closing of another 150 stores. Its revenue has fallen to a projected $25 billion in 2016, from $42.6 billion in 2011, according to Standard & Poor’s Global Market Intelligence.

Mr. Solomon points to the Amazon as one culprit but he feels the most important cause is that there is no good reason for consumers to visit either store. He points out that Walmart is the place to go for low priced goods and Target is the destination for those looking for discounted products with some style. He also points out that, despite a poor showing this Christmas, department stores are still the destination for the financially better off.

Those consumers who fall between the Walmart / Target shoppers on one end and the Saks 5th Avenue shoppers on the other should shop at Sears but they don't. Why, because they  shop online.

As to Kmart, what he does not point out, and I think this is significant, is the number of shoppers who have abandoned Kmart, not to shop at Walmart but to do so at Family Dollar, Dollar General or Dollar Tree. In other words, not only did Sears lose the middle income shopper but Kmart lost the low income shopper as well.

But Why Keep Going?

So, why does Sears and Kmart keep going?

According to the Deal Professor, its because Eddie Lampert, the company's CEO, believes that Kmart can become an Internet destination and the physical stores will complement that business by providing local places to pick up goods or from which to have them delivered.

Mr. Solomon, however,  thinks its much too late for Sears and Kmart to become online players. He also thinks that the Sears and Kmart brands, once highly valued by consumers, have declined dramatically in shoppers' eyes. Would someone really go to a Sears website because it was Sears?

The Sears and Kmart saga appears to be never ending and until Mr. Lampert finally pulls the plug, it looks like the chains will continue to remain on life support. But why?