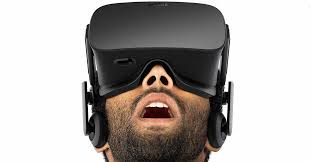 “I don’t think that good virtual reality is fully there yet." - Mark Zuckerberg, CEO Facebook

I just led a panel discussion on Virtual and Augmented Reality in Hong Kong. One of the things that the panel (Chris Byrne of TTPM, Gary Man of Hedgehog Design and Ned Ward of VR Entertainment) noted was some disappointment in the progress being made in turning these technologies into high value consumer products.

Mark Zuckerberg made a big bet on VR by purchasing headset based Oculus VR for $2 Billion. As it turns out, he isn't satisfied either. That information came out during a trial over whether the creators of Oculus got their ideas from another technology company.

When asked about the state of VR technology he responded by saying: “I don’t think that good virtual reality is fully there yet…It’s going to take five or 10 more years of development before we get to where we all want to go.”

Technology years are like dog years so five or ten years is a shockingly long time. Is all good VR and AR 5 or ten years away? I don't think so, but Mr. Zuckerberg's comments are a wake up call that reminds us that the future may not be here quite yet.