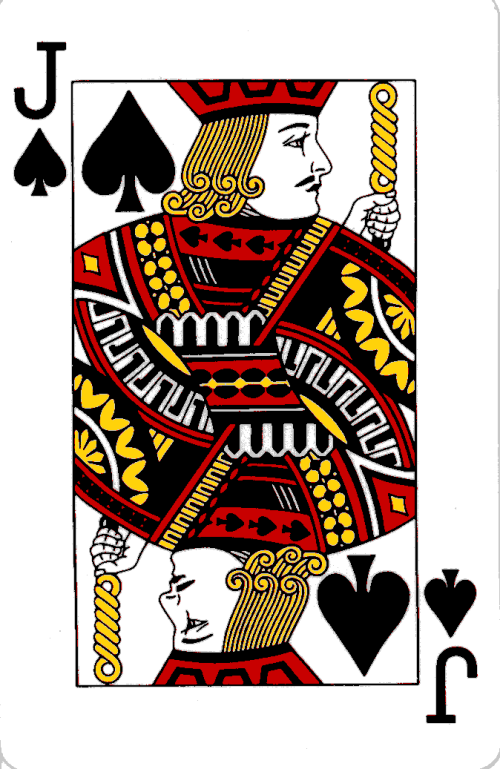 I did a little research and found that the Jack was originally called a Knave. A Knave, used in this sense, does not have a criminal implication but describes a young person, in this case a valet. The term Knave was changed to Jack when printers began putting the first letter of the character in the corners. Knave and King both start with K so to differentiate them, card publishers used "Kn" to denote the Knave. (see the card image to the left).

It was an American, Samuel Hart, who in 1864 began using the term Jack instead of Knave. Jack had been for some time a synonym for Knave so it made sense to avoid confusion between the two "K's". Knave or Jack, he is the lowest value face card. 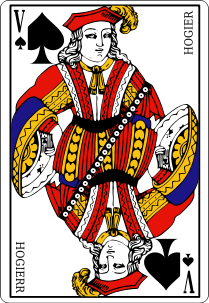 In French decks, the Jack is called a Valet, hence the V.

An interesting use of the term "Knave of Hearts" shows up in Alice In Wonderland. Apparently at the time of the book being authored the term was still in use. 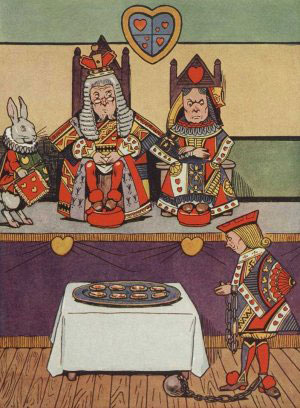 This version of the Jack depicts him not as a youth but as, indeed, a scoundrel, reverting to the more sinister meaning of the word. The above image dates to 1678.