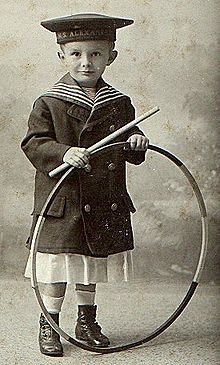 What happened to the hoop and stick? . Made of wood or metal, it arose globally in ancient Africa, Europe and Asia. It was one of our oldest forms of play, hit its hay day in the 19th century, and then "POOF" it disappeared from the world of play.

This was a game very different than the hula hoop in which you wore the hoop and gyrated your body to make it twirl. Rather, the player used a one foot wooden stick, being careful to strike the hoop and keep it moving. It sounds like fun as there were both individual and team contests. You might have to follow a course or with a group attempt to drive your hoop into the other teams' and knock them down.

It sure seems like some enterprising company  could bring this classic back to life. Here are some images of how it used to be played. 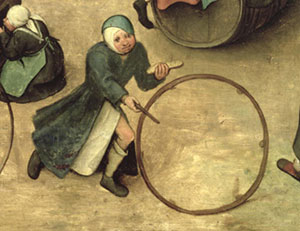 In the above image we someone playing the hoop. There appears little or no difference between this 16th century player and the little boy in the sailor suit at the top of this post. 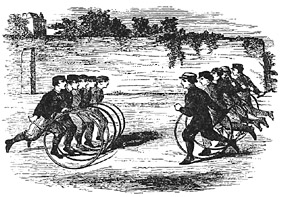 In the above image we see what appears to be some team play. I would imagine that this form of hoop play could get pretty aggressive. 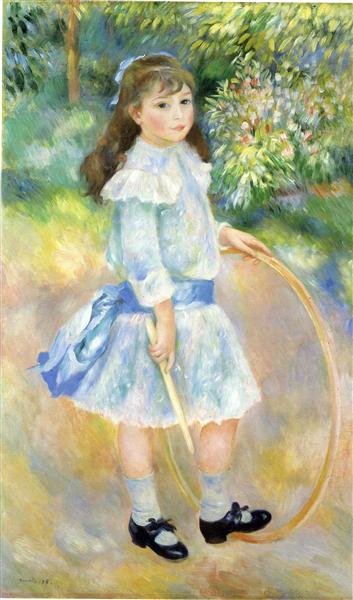 Lest you think it was only boys who played, Renoir memorialized this little girl with a hoop in 1885. And finally, here is a photo of a boy in action, running his hoop along a road. Nice hat!