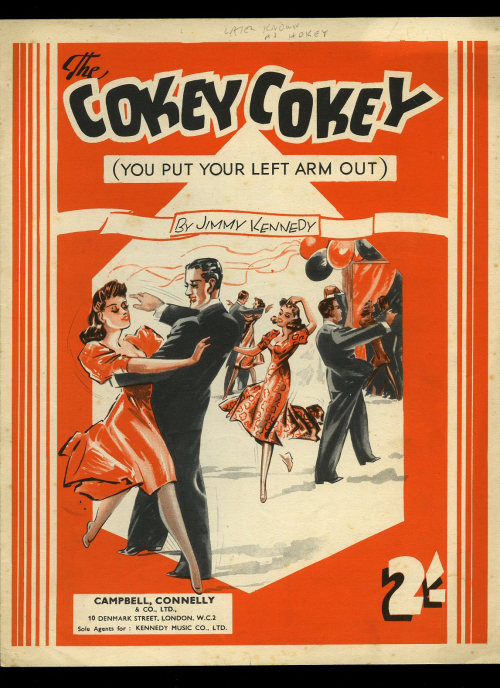 It makes you wonder why those who create toys don't look to music more often as inspirations for yet new ways to play.

I did a little research and found that the Hokey Pokey dates back to 19th century England where it was and is still called the Hokey Cokey. It took off as a popular dance, however, during the 1940's war years where it was a respite from the terror and tedium of war. American soldiers came home and the song migrated to the US with them where it became popular in the 1950's.

It is interesting to think how many songs are actually all about play. Consider Musical Chairs which is not a dance so much as a last man or woman standing competition. And let's not forget the Limbo which is a competition to see "how low can you go". Other songs of this nature include the Mexican Hat Dance, the Chicken Dance, "Head, Shoulders, Knees and Toes", the Macarena and YMCA.

The video game, "Dance, Dance Revolution" was a popular hit as a video game as was "Guitar Hero". It makes you wonder why those who create toys don't look to music more often as inspirations for yet new ways to play.