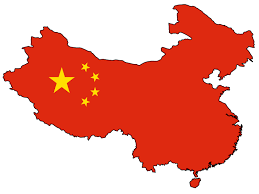 As we prepare for a new President of the United States, we have to ponder the potential consequences of Mr. Trump's tough line on China. Trump has called China a "currency manipulator" and threatened the country with tariffs.

It is doubtful that tariffs will be imposed but it might be a good time to think about what the toy industry, dependent upon China for 80+% of its manufacturing, would have to do should it find a sudden increase in costs due to the imposition of duties on Chinese manufactured goods.

The first reaction would be to keep production right where it is. You don't just move 80% of the world production to another country or countries overnight and, after all, nobody wins in a food fight over commerce so it might be wise to wait for the dust to clear and for reality to set in.

But should push come to shove, where would US toy companies go should the worst happen? Americans would more than likely look at bringing production back to North America and that would mean Mexico. A NAFTA member, close in proximity and having low labor rates, Mexico would benefit depending, of course, that Mexico can ramp up its production and that Mr. Trump does not continue his war of words with that country.

Thailand, Vietnam and India would also be alternatives. They provide low labor rates but they lack in sufficient infrastructure to immediately take on any significant increase in production.

What about the US?

Again, it is doubtful that there could be any quick shift in production as American toy manufacturing has either gone to automation or disappeared.

Bottom line, there would be no quick fix. What is most likely that over the course of two or three years, production would more than like move to a combination of alternative Asian countries, Mexico and the U.S.

No matter what happens, however, there is no replacement for China's combination of capacity, infrastructure and labor costs. In reality, prices would go up and stay up. That would in turn change the look and feel of what appears on America's toy shelves.

Let's hope it doesn't come to that.