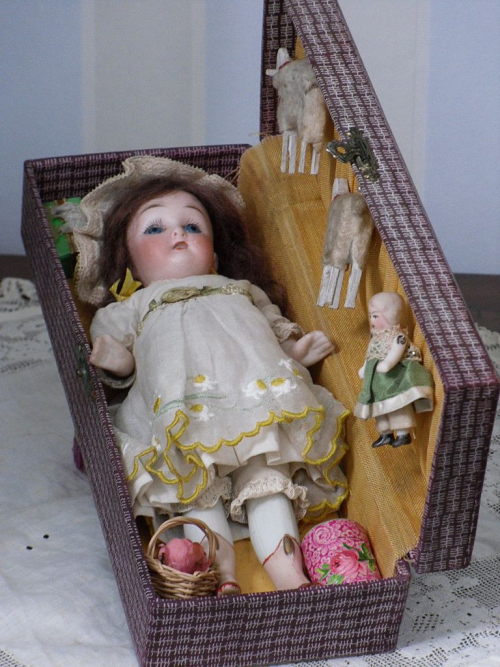 In the late 19th and early 20th century, Germany produced the lion's share of the world's toys. It was not until World War I and the U.S. embargo on German toys that the American toy industry came into its own and Germany began its decline as a world toy power. Its enjoyable to look back at the toys Germany was producing at that time.

The above pocket size Mignonette doll came in a basket full of accessories. Its a bit of a precursor to today's fashion dolls. 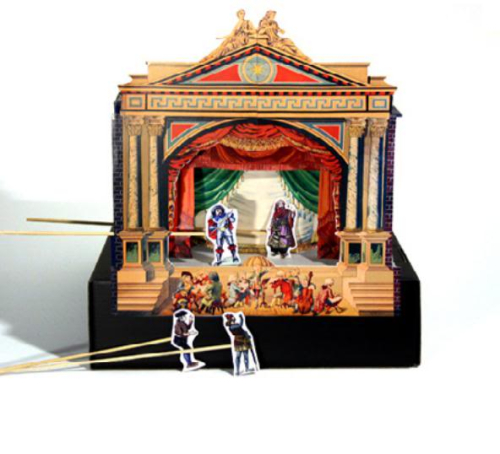 The above beautiful paper theatre, meant to be put together at home, was a product of the late 19th century. 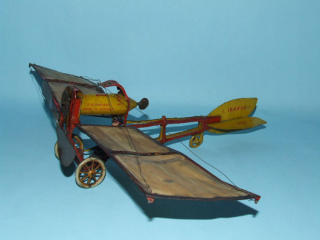 The ability of German toy manufacturers to create lifelike playthings is apparent in the above intricate airplane manufactured in 1914. Interestingly, it is not a biplane but a single wing which would have been very cutting edge. 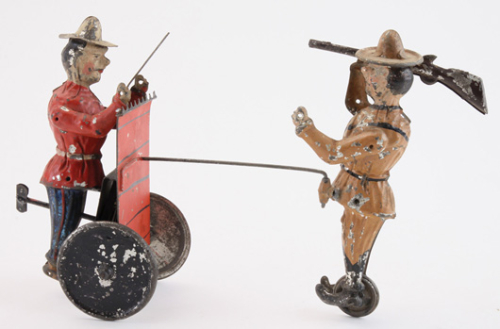 It is interesting to ponder why a German company would have produced this play set featuring the British and the South Africans who were fighting each other in what was known as the Boer War. The time would have been just around the turn of the 20th century (Winston Churchill was arrested and escaped while spying for the British in South Africa). Perhaps it was an export item for sale in the UK. It does look like the British solider, dressed in red on the left, has the advantage. Its a little out of our time frame (1920) but I love the above miniature, mechanical pool table. I have never seen anything like it.