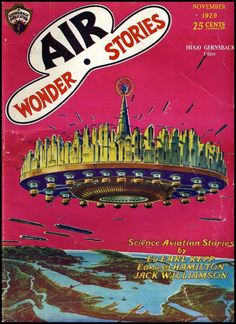 Give Amazon credit for staying a step ahead and keeping us all thinking…and dreaming.

You've gotta love Amazon. They are constantly creating the future, or at least trying their best to do so. Apparently, drone deliveries are not enough for the commerce powerhouse. They want to create floating warehouses from which to launch those drones.

According to CNNTech article by Matt McFarland, Amazon received patent approval in April for an airborne warehouse. By doing so, they can speed deliveries to minutes while cutting down on freight costs. They would also, if you think about it, cut out Fed Ex and UPS; talk about a game changer. Here is how the article puts it: "The patent describes how Amazon (AMZN, Tech30) blimps would circle over cities at 45,000 feet and launch drones carrying orders. The drones would initially fall to earth relying largely on gravity, and their motors would fire up for the final stretch." 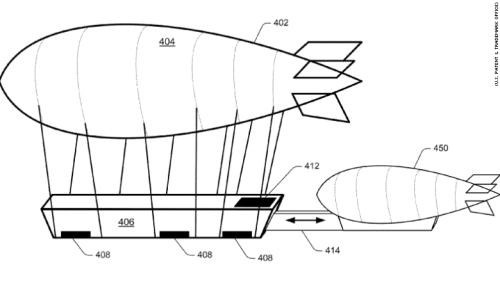 Its funny but the above image included with the patent looks pretty mid-20th century and nowhere as cool as the floating city depicted above on at the top of a 1929 issue of Air Wonder Stories.

Still, give Amazon credit for staying a step ahead and keeping us all thinking…and dreaming.