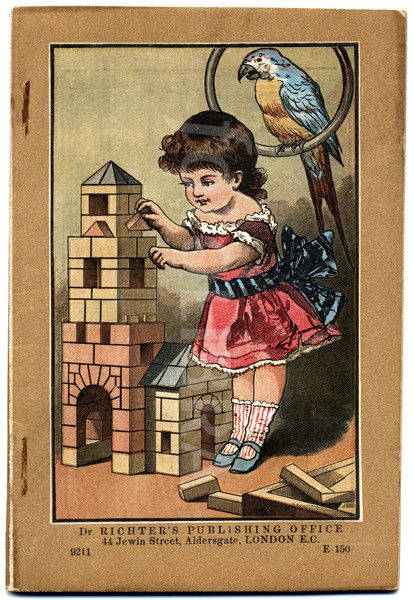 When we think of construction toys we, of course, think of Lego, Knex, Lincoln Logs, Tinker Toys or Mega Bloks. Before these were around, however, there were other construction toys, now mostly forgotten. One of these was those created by the Richter Anchor Stone Building Block Company.

Richter, a German company, produced over 600 different sets between its founding in 1880 and the demise of the founder, F. Ad. Richter, in 1910. The pieces were molded from a compound made up of sand, linseed oil, quartz and chalk. According to physicist and Nobel Prize winner Max Born, he and J. Robert Oppenheimer, Albert Einstein, and Walter Gropius played with the sets in childhood. Born felt that it had an impact in developing their creativity.

I think they're great looking and must have been fun to build. Here are some images I like. 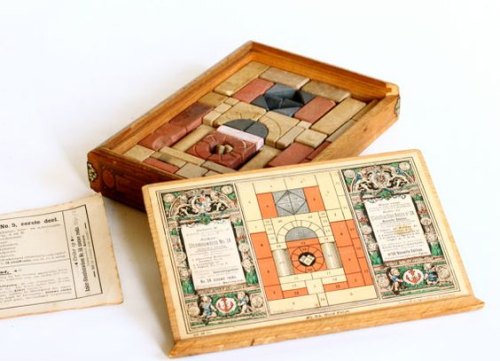 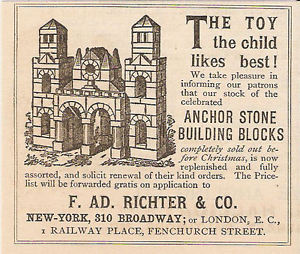 Set with a nautical theme