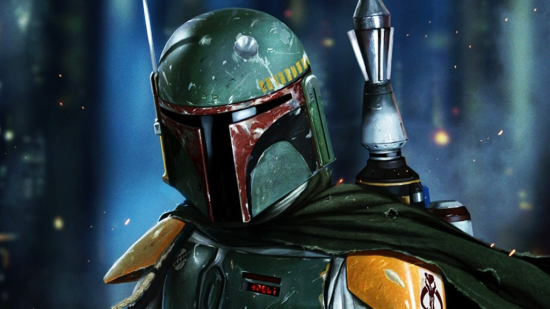 A Star Wars movie a year for the next four, Boba Fett Movie in 2020

I think Star Wars is like a very rich desert. It's great if you eat a little but begins to get a bit much if too much is consumed. – Richard

I recently had dinner with someone last week who is a major Star Wars fan. I asked him if he was planning to see the new "Rogue One" movie and his response startled me.: "I am so tired of having Star Wars shoved down my throat. Every year there's a new movie."

When I thought about it, it hit me that he had a point. Look at the gaps between movie releases as time has gone on:

As you will notice there were healthy three year gaps between the first three movies which created a great amount of anticipation. Even longer gaps occurred in subsequent years with fans waiting a full eleven years between The Phantom Menace and the Attack of the Clones.

My friend seemed to feel that having two Star Wars movies over two years time and one more each year for the next four was just too much. Is he right? He may be. Here is what I think:

Its hard to tell from the box office for the latest movie, Rogue One. It is about half of what last year's The Force Awakens took in but Rogue One is not seen as a typical Star Wars movie. Sales of Star Wars product tie-ins, however, have definitely tailed off. Here is how BMO Capital's Toy Industry Analyst Gerrick Johnson put it in his latest Toy Scout Report on retail: "Star Wars, however, continues to look disappointing and like a potential source of underperformance relative to expectations. Shelf space has been cut back from last year, yet there is still plenty of inventory."

I think Star Wars is like a very rich dessert. It's great if you eat a little but begins to make you queasy if you eat too much. Any of us who have eaten a little too much Molten Chocolate Lava Cake can certainly attest (yes, yes, I did it…and the guilt, oh God, the guilt).

In my opinion, in the case of Star Wars, history has proved that less is indeed more. A Star Wars movie every year for five years in a row is going to tell us if consumers are going to continue to eat up the franchise or a gag reflex is going to kick in. Stay tuned.