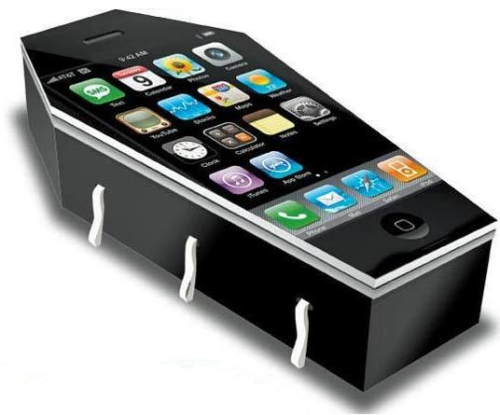 The following headline ran on the front page of the December 8, 2016 New York Times: "The Gadget Apocalypse Is Upon Us". Written by Farad Manjoo, the paper's tech expert, the article tells or warns us (its not clear) that: "Winter is coming for gadgets. …Everywhere you look, these days, gadgets seem on the rocks. Pebble, which makes smartwatches, has been purchased by Fitbit, which has had its own problems. GoPro may be going bust, while Jawbone, Nest and other members of the gentry of gadget pageantry look just about ready to stick a fork into."

As Mr. Manjoo points out, we have had a love affair with gadgets since the end of World War II. Whether it was the transistor radio, the Walkman, the iPod, or the ill fated Google Glasses, we don't just anticipate but expect new gadgets to appear in a steady stream. So why is Mr. Manjoo so pessimistic?

He provides a number of reasons:

1.    Lack of Capital – Because most gadgets are created by lone wolf inventors they are highly dependent upon outside capital. Kickstarter has been a more recent source of investment but he feels that the gadget companies have not been delivering the goods and therefore disappointing supporters.

2.   A Failure of Quality Control – Entrepreneurial companies in the gadget space can find manufacturers fairly easily in China but they don't know how to manage for quality control. Products that excite end up disappointing and the company goes out of business. Apparently there is no second act in the gadget business.

3.    Knockoffs – There are any number of companies ready to make cheaper versions of a successful product. Thus the profitability of an originating gadget can be short lived.

Though I can see Mr. Manjoo's points, I am not convinced that the era of the gadget is over. Here is why:

For one thing, none of these problems are new or unique to gadgets. Money has always been difficult to raise, quality control is a constant concern, we all know about knockoffs and Swiss Knife type products that can do everything have always been around.

The human race seems to have an almost genetic desire for gadgets. Bottom line, we simply love them too much for them to go away.