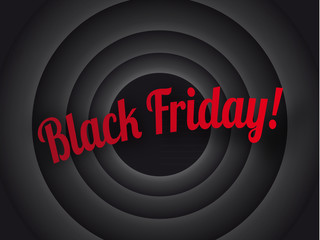 Black Friday and Cyber Monday have come and gone. Who were the winners, who were the losers and what can we learn?

According to Cnet in its article, "Black Friday breaks $1B sales mark on mobile devices", online purchasing for Black Friday was up 21% with sales amounting to $3.34 Billion. That should not surprise, however, as according to Business Insider "The number of online shoppers has grown by nearly 20 million from 2015 to 2016."

Again, according to Cnet, "US shoppers made $1.2 billion in purchases with their phones and tablets on Friday, the first time in US retail history that mobile revenue exceeded $1 billion in one day."

According to Gerrick Johnson, BMO Capital analyst:  "At Retail, Toys “R” Us had the most foot traffic of the “Big Three” U.S. toy retailers, likely because it had the broadest array of doorbuster and Black Friday deals.

According to CNBC, Amazon won 31% of all cyber purchases made over the Thanksgiving holiday weekend.

According to a Reuters article, "US Thanksgiving, Black Friday Store Sales Fall, Online Rises", sales at bricks and mortar stores declined by 5 percent. Shopper visits were down 1%.

If you believe that the future belongs to online retailing than old favorites like Walmart and Target have some work to do to catch up with Amazon. While the latter captured 31% of all cyber sales, Walmart's cyber sales amounted to 4.1% and Target's came in at 4.4%.

Macy's learned the hard way that being a digital player is more than going online with products. Sadly, according to Business Insider: "Macy's suffered an extended disruption to its desktop and mobile sites on Black Friday." That cost them a lot of sales, something the retailer did not need.

What appears evident is that the move towards E-commerce is dramatically surging and that bricks and mortar retailers have a long way to go to catch up.  What is also clear that mobile devices are progressively providing the kind of convenience that makes them increasingly the portal of choice for all retail shopping.

In addition, it looks like the convenience E-commerce provides in being able to purchase at anytime from anywhere is preempting the excitement of days like Black Friday. Change as we all know is inevitable and in retail it appears to be ongoing and radical. Who will be the retail leaders in the 2020's? I don't think at this point, other than Amazon, we can be too sure.