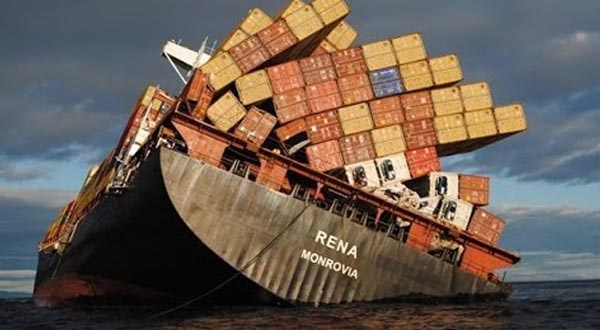 The containerized shipping business is a mess. Once a "too big to fail" industry, we are now seeing headlines like these:

Throw in the recent bankruptcy of Hanjin (see: "A Major Container Shipping Line is Bankrupt; Worries for Christmas") as well as the impact of the new giant container ships that will pass through the newly expanded Panama Canal and you have an all bets are off situation for what was once a very stable industry. I, however, think things are going to swing in favor of those who import from Asia in the form of stabilized and in some cases far lower freight costs.

Here is what I think is going to happen:

The Boston Consulting Group and C.H. Robinson, a transportation logistics company, estimated last year that as much as 10 percent of the container traffic from East Asia to the United States could shift to East Coast ports instead of landing on the West Coast and finishing the journey by truck or rail. That, they said, would be rerouting volume “equivalent to building a new port roughly double the size of the ports in Savannah and Charleston.”

Bottom line, the trends seem to favor lower but stabilized prices for companies west of the Mississippi while east coast companies will see some major savings due to logistics changes due to the Panama Canal. Bad news for the container ship companies but good news for retailers and those who shop with them.