Children love buses or at least they used to. At one time they were ubiquitous in cities; carrying people to their destinations, stopping frequently; people getting on and off. You can see why songs like "The Wheels on the Bus" became popular ways for children to pass time on a school trip or going to camp.

I thought it would be fun to look at some of the early versions of toy buses. Unfortunately it was difficult discovering the companies that created them. Still, there a lot of fun at which to look.

The one at the top dates to the 1920's. It was made of cast iron so it must have been a pretty heavy piece for a  young arm to lift. Still, its wonderful, muted red finish draws our eye to its handsome lines. 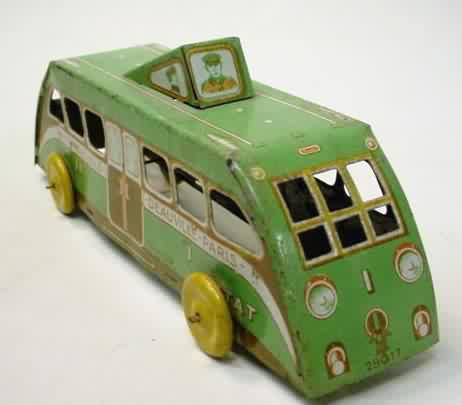 What a great looking bus. You will notice that the sign on the side says it is heading from Deauville to Paris. That is because it was made in France some time in the 1930's. Notice that the driver pops out of the top. I wonder if drivers used to perch up there when they drove? 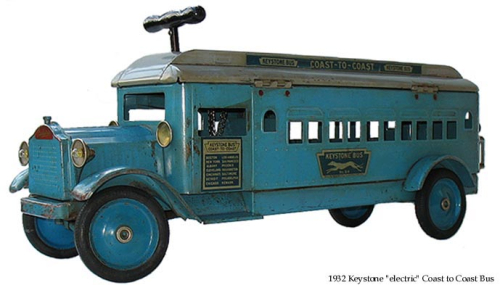 A 1932 ride on Greyhound bus from Buddy L. I really like the muted colors of these vintage buses. 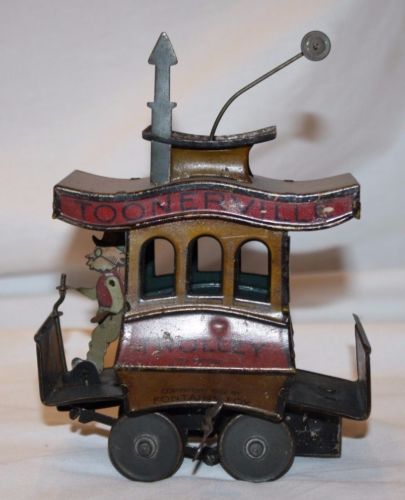 The above charming vehicle is the Toonerville Trolley. Manufactured in 1922, it was based upon a popular comic strip by Fontaine Fox called Toonerville Folks.