Ron Ruelle is Social Media Guru for hobbyDB.com. He is also a Cartoonist and Writer and collector of vintage toys. The Kenner SSP Smash-Up Derby cars are his favorite toy ever. He graciously wrote the blog post about me for hobbyDB, the world's largest collector database. It was in recognition of my becoming a member of the hobbyDB Board of Advisors. I am honored to be in such distinguished company and to get a chance to talk about my collection of Oz books. Click here to read Ron's blog posts. 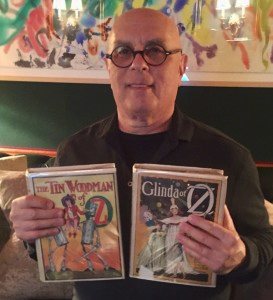 The Advisory Board at hobbyDB is proud to bring Richard Gottlieb onboard with his toy expertise. As a bonus, he also has an impressive collection of vintage “Wizard of Oz” books.

Richard is best known as an toy industry commentator and the CEO of the Global Toy Group. Among other things, he’s the publisher Global Toy News, the industry resource for news, trends and analysis of the business of play. He is also co-founder of Global Toy Experts, an intellectual property incubator for the toy and play industry, as well as the World Congress of Play, the only conference that includes all forms of play. As such, he’s a frequent speaker at toy industry conferences and trade shows.

When he’s not working with toys, he’s off in another world, the Wonderful Land of Oz. “Like millions of children, I was drawn to the movie as a child, he said of the classic 1939 film. “But I was really turned on when I saw that the adventures continued in a series of books. There were fourteen by the original author, L. Frank Baum, and dozens more by various authors.” 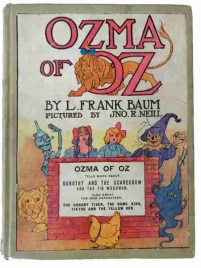 He started collecting them when he was in his 20s. “I found a store that carried old books and they had quite a few original editions.” He first bought “Ozma of Oz” with with color plates. “The illustrations by John R. Neill are both beautiful and highly evocative,” he said. After that, he was hooked.

“Since then I’ve discovered that they’re hard to find and that books was a rarity.” He currently owns 35 editions of “Oz” books as well as a few volumes of commentary on the subject. 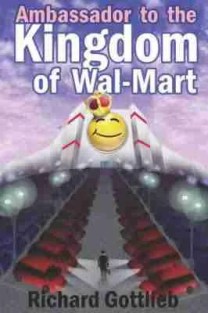 Richard has written a book himself, “Ambassador to the Kingdom of Wal-Mart,” and also writes a popular blog on the Global Toy News site, about trends and predictions in the toy business. He is also part of the voting committee for the National Toy Hall of Fame.

At the end of the day, however, he’s basically a toy collector like most of us. “I think what all collectors have in common is the love of the pursuit of the next find and the joy that comes with having a passion.”