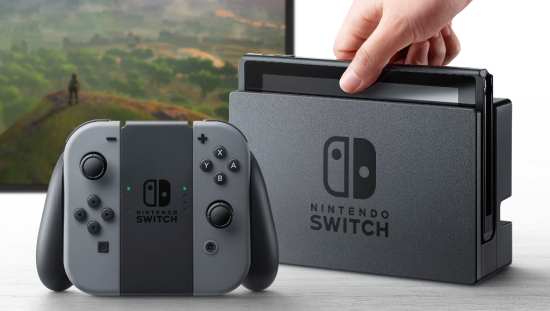 Rumor has it that SWITCH will retail for $299. That's a lot of money for the average family and could take the place of a lot of other Christmas presents.

It's hard not to be impressed by Nintendo and its ability to invent and reinvent. In 2006 the company came out with Wii, a video game that allowed the player to go into full body motion. In 2016 it introduced Pokemon Go which allowed players to use Augmented Reality as a means to take the gaming experience into the streets. Now we learn that Nintendo will be launching SWITCH in March of 2017.

SWITCH, unlike all previous and current consoles, will allow the end user to play with it either at home with their televisions or take it with them and play it anywhere. Combining the power of a console with the portability of an app based mobile device; the new product will allow both power and freedom. Its essentially an end run around mobile devices and consoles.

It could, if successful, suck a lot of revenue out of the toy industry. I will get into that but first here is a look at a video providing a first look:

A new game console can have an enormous impact on revenues derived from other forms of play. SWITCH is rumored to retail at $299. That's a lot of money for the average family and could take the place of a lot of other Christmas presents.

In 2010 I wrote an article reflecting on the impact that video game consoles had on the toy industry: "Microsoft's Kinect; a potential new threat from the video game industry." Here is what I wrote at the time:

The toy industry has enjoyed two good years. That could come to an end if SWITCH takes off. Keep an eye on this new product; it could have an impact on your business.