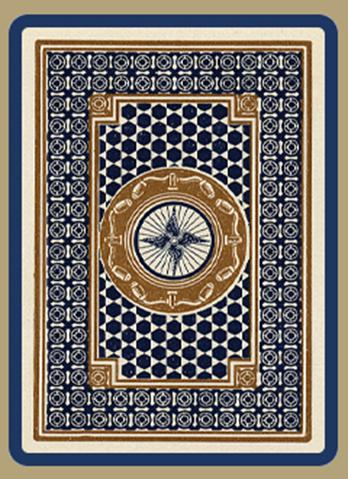 We tend to pay a lot of attention to the way kings, queens and jacks are depicted on playing card decks. But what about the backs? Do they tell us anything?

Those of us who grew up with the familiar Bicycle deck  have probably stopped looking. They were however, at one time far more varied and more frequently changed.

I was fortunate to come across a great website: Jimknapp.com. Mr. Knapp has done a wonderful job of collecting the many variations of the Bicycle playing card. When I reviewed them, I was struck how many of them depicted a number of different vehicles, not all of them bicycles and some of them not even with tires.

Auto No. 1, also called the Locomobile, (see below) was published in 1901. It draws on the cutting edge technology of the time, and interestingly for us in these urban times, sets it in a pastoral setting. 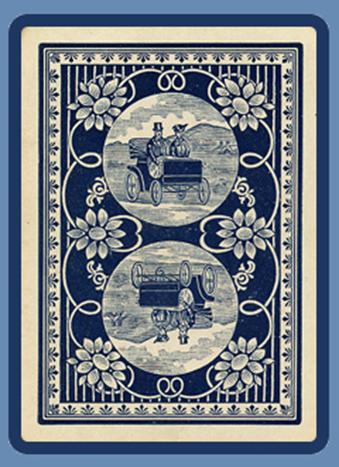 Auto No. 3, see below was published in 1913. The card depicts a racing car showing advances in technology and a reckoning with the power of speed. 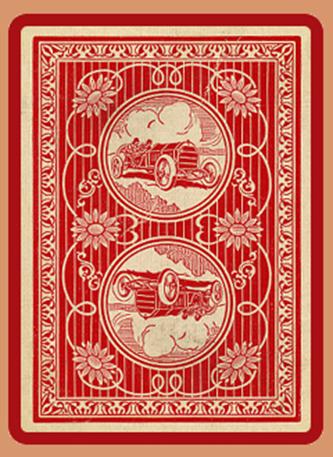 Dreadnaught, depicted at below, was published in 1918 and honored the US navy. 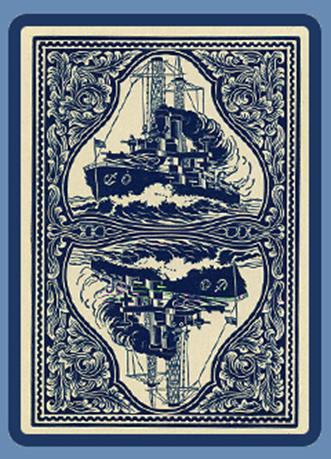 Old Fan, published in 1885, was the first Bicycle playing card. As you can see below, it depicts one of the big wheel versions. I like the variation in design. It would be nice to see a greater variety of backs in the marketplace.