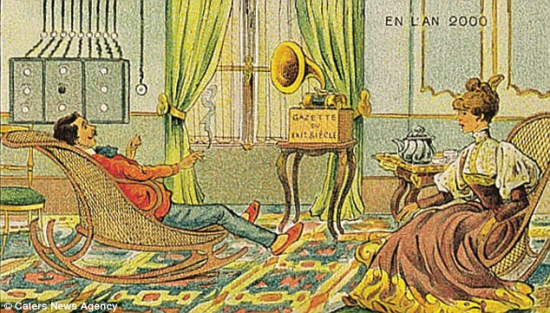 News Radio as Predicted in 1899

I came across a 19th century toy company, Armand Gervais et Cie of Lyon, which improbably saw the future and it looks a lot like our present.  I did some research but I could not find any of the toys it created. What I did find, however, was a series of illustrations it commissioned in 1899 entitled "France in the Year 2000 (XXI)".

The artist was a gentleman, Jean-Marc Cote,  a freelance artist who had previously created artwork for the company. As it turns out, Monsieur Cote was as prophetic in his own way as Jules Verne or HG Wells. Here are some of the illustrations that I found to be particularly prophetic: 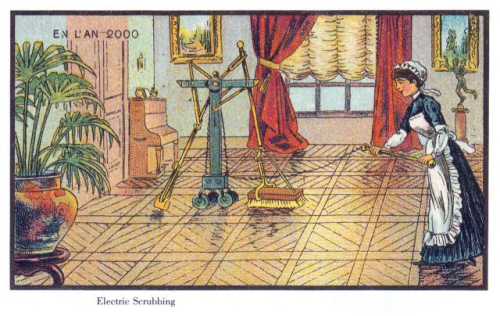 Looks a bit like a Hoverboard (hope the batteries don't explode)