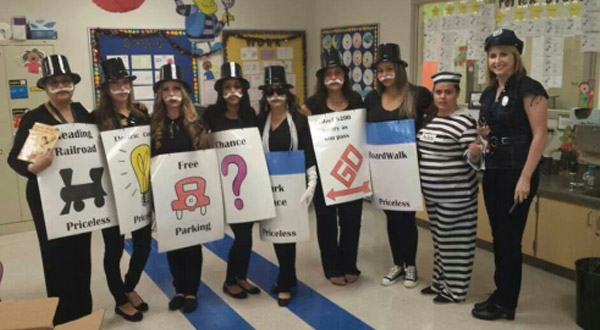 Will Monopoly fans like these show up for HASCON?

Hasbro's emergence as a multi-platform toy and entertainment company has made its new consumer fan show, HASCON, not only possible but necessary. HASCON, will take place September 8-10, 2017 in Providence, Rhode Island.

Monopoly once only a board game, then a video game and now a planned Broadway musical is going to draw competitive players we well as enthusiasts who simply love the aesthetics and history of the company's brands. And what about Clue now not just a game but a movie and a video game? As Hasbro has enriched the player experience of these games as well as its toys like GI Joe, Transformers and My LIttle Pony, it has created a 1 + 1 = 16 moment for the company which is now expressing itself in what will be a love fest in Providence.

But will the world come to Rhode Island? You bet they will. Think about how many Magic the Gathering, Littlest Pet Shoppe, Nerf, Furby and Scrabble enthusiasts there are. And don't forget the licenses. Star Wars alone will draw a crowd.

This is certainly great for the fans and Hasbro. I think its great for the toy industry as well. Anything that creates press and draws a crowd in the Fall tees up business for all of us during the Christmas season.

I would not be surprised to eventually see Mattel stage its own event as well. MattCon; why not?.