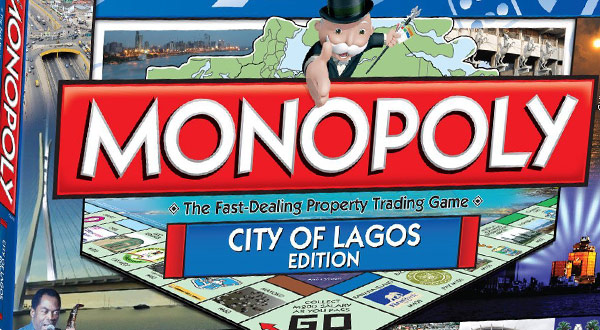 Nigeria is the 7th largest country in the world. It has a population of 186,987,563 people. That's more people than Russia, Japan, Mexico and Germany.

How much revenue does your company receive from Nigeria each year? I'm gonna bet its zero. In fact, I'm going to bet you never think about Nigeria. I didn't either until I saw a fascinating article in The New York Times by Chris Stein and Dionne Searcy entitled, "Monopoly Tournament in Nigeria Mirrors Chaos fo the Real-Life Property Market".

It appears that Nigeria has a vibrant interest in Monopoly and all games. In fact, so vibrant that they have their own version of Monopoly complete with their own street names (see below picture). 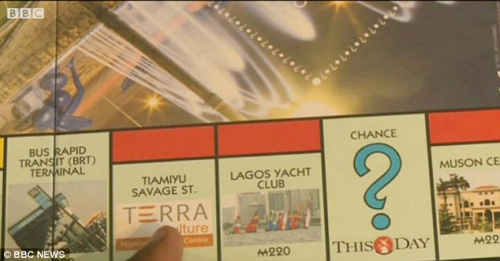 Here is how the article describes the tournament and excitement in Nigeria:

In August, the Lagos State Sports Commission named Monopoly an officially recognized sport. Officials quickly organized the late-September tournament, hoping to break a world record for the number of competitors simultaneously playing the game — 605 people at Universal Studios in Singapore in March, according to Guinness World Records. The Lagos event has been submitted to Guinness for verification.

Hasbro obviously thinks doing business in Nigeria is a good idea. They use Bestman Games, a Nigerian company, as their distributor. Here is what I think is the biggest reason why: Nigeria is the 7th largest country in the world. It has a population of 186,987,563 people. That's more people than Russia, Japan, Mexico and Germany. That's roughly 3 times the population of the U.K.

Nigeria's GDP is the 26th biggest in the world making it bigger than South Africa, Ireland, Thailand, Denmark and 160 other countries. Granted, the average income is around $2600 per year but it is larger than India, Ukraine and a little bit less than Indonesia and the Philippines. And surprisingly, at least to me, according to the Office of the United States Trade Representative, Nigeria is America's 40th largest export market.

If you are interested in the Nigerian market you can contact CONTECNA (I have no idea what that stands for).  You may also want to check out the website for the U.S. Diplomatic Mission to Nigeria.