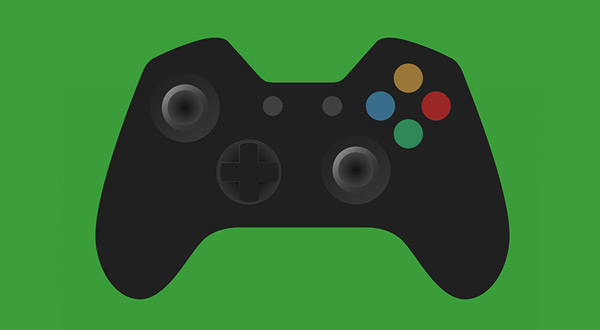 From October to mid-December, video game launches tend to become more frequent, especially for large-budget games from major companies, as video game makers hope to make their game the must-have product for the year-end holiday shopping season many markets experience. In 2015, some of the biggest selling games for the whole year, such as Fallout, Call of Duty and Halo, made  all of their sales in this final video game launch season. For 2016, as is increasingly the norm, sequels or new additions to long-running franchises will be the core of video  game launches, although they will also be joined by a slew of new original virtual reality (VR) offerings. Major franchises will see new entries between October and December, many of which will look to revitalise or reinvigorate long-running game series. Shooters will be the core of many of the games likely to see major sales, with new Call of Duty, Battlefield and Gears of War games being released. Call of Duty will likely once again lead sales for the year, as it has been the biggest game in video game software since 2011 and saw its highest year of sales in 2015 at US$1.9 billion in retail value. However, there has been some controversy over its upcoming game, Call of Duty: Infinite Warfare, which takes place in the far future in space, a move that some fans feel causes the series to lose some of its identity as a realistic historical or close-to-the-modern-day game. The debut trailer quickly received the second most number of dislikes on YouTube shortly after its release. Call of Duty's most direct rival, Battlefield, could capitalise on this negative backlash as its own offering, Battlefield 1, is focused on historical rather than future combat, set as it is during World War I. Besides shooters, games from Japanese development companies could have a major impact in the last quarter of 2016, as Square Enix is releasing Final Fantasy XV, a game that has been in development for nearly a decade and is considered to be the largest investment made for any game in the Final Fantasy series, according to the company, while Nintendo   will release Pokémon Sun and Moon. The Pokémon franchise has been revitalised with the success of Pokémon Go, and the Nintendo Company has reported sharp increases in handheld console sales since Pokémon Go's release, seemingly in advance of  Pokémon Sun and Moon.

Some intellectual properties (IPs) will also be releasing their first sequel, which will likely be the deciding factor in the long-term viability of becoming a full franchise for their respective studios. Two of the games coming out, Dishonored 2 and Dragon Ball Xenoverse 2, are hoping to gain momentum from the preceding games in their series, which in both cases managed to widely beat the sales expectations of Bethesda Softworks and Bandai Namco, their respective publishers. These new games are therefore getting even greater development and marketing investments from their respective studios in the hope that their initial popularity can be the foundation for a long-running series. At the same time, other sequels like Watch Dogs 2 and Titanfall 2 are continuations on games that had strong sales in the initial weeks following their launch but then saw rapid declines as consumers quickly lost interest. This could suggest that the games made a poor impression in the minds of some consumers, so that if these games underperform their predecessors it could end their viability as a major gaming franchise.

While there will be a few original IP game launches for television gameplay, like The  Last Guardian, a great deal of new IPs will come from VR content. With the launch of   the PlayStation VR, Sony will be launching a large number of new VR games in order to give early adopters enough content to justify their purchase. While most games will be released simultaneously with the PlayStation VR headset on 13 October 2016, like  RIGS: Mechanized Combat League or PlayStation VR Worlds, some will be released later in the year, like Pixel Gear. In addition, the Oculus Rift and HTC Vive launched earlier in 2016 and will be adding more game content aimed at early adopters who might be  eager to spend in the approaching holiday season. However, there will be very few system-exclusive games released for the Oculus Rift or HTC Vive, as the VR platform is still too new and in too few households for many independent developers to design games for just one system and remain profitable.