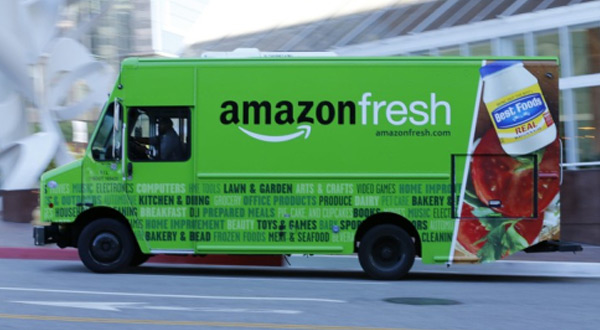 Amazon is the hare in the race to be the world's dominant retailer. Until they go to sleep, and history tells us they eventually will, they are the change maker.

Ten years ago it was Walmart that seemed to be the game changer in…well, pretty much everything. The company opened portrait studios, claims centers, a banking arm, a real estate division and even popped up on campuses.

That was then and this is now. Amazon is now the game changer and they now appear to be focusing on the bricks and mortar retail market. Geekwire writer, Nat Levy, says it all in his article's headline: "Here’s why Amazon is building brick and mortar grocery stores".

1.    New Customers - Amazon wants the largest customer base possible for its online commerce platforms so physical supermarkets will tap into an entirely new group of consumers.

2.    Logistical Efficiencies – Amazon assumes that many of their bricks and mortar shoppers will want their groceries to be delivered. The more customers Amazon has in a locality the more deliveries it can makes in the least amount of time. That importantly also cuts down on delivery costs for its e-commerce business.

Amazon has not released the business model for the new chain but Levy has located a visionary 2013 article by Brittan Ladd who is now an employee of Amazon. He sees Ladd as extremely influential in this project and uses the article as a way to paint a possible picture of what the Amazon supermarkets will look like.

Unlike bricks and mortar retailers who have added a digital alternative, Ladd is anticipating a store where the in-store experience is both physical and digital at the same time. He describes a  it as "…a multi-store model with several locations where customers can hand pick some items like fruits and vegetables and use an app, virtual wall or kiosk for the rest. The goal is to give customers options. Do they want to have food delivered? Pick it up out on their own? Have it ready when they arrive and brought out to the car? All of those options would be possible."

Wal-Mart is trying to fire back and purchasing Jet.com is part of their answer. I believe, however, that Jet.com may well be yesterday's business model. Amazon is the hare in the race to be the world's dominant retailer. Until they go to sleep, and history tells us they eventually will, they are the change maker.