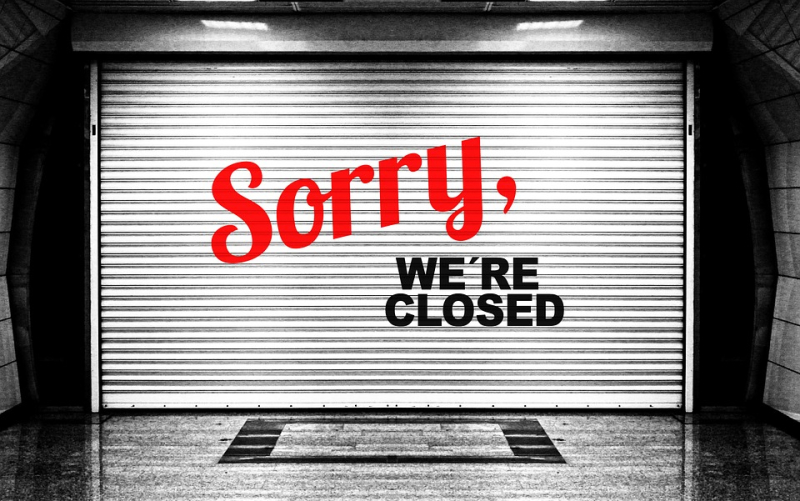 If it feels like a lot of retailers are closing their doors recently, its not your imagination. Here is a list of just some of the chains which have either gone out of business or engaged in extensive store closings over recent months:

That's a total of 1,839 stores and you can bet there are more Kmart closings on the way. It certainly looks like bad news but it may not be for all stake holders.

America has been and still is over-stored. There are just too many bricks and mortar retailers competing for a consumer base that is fleeing to the Internet to engage in e-commerce shopping.

Who are the losers?

Well, for starters it is certainly the employees of those chains who no longer have jobs. And of course the retailers who have gone bankrupt and their investors. And let's not forget the mall owners. There are going to be a lot of shopping centers without Macy's taking up a big portion of valuable real estate. Finally, manufacturers and sales representatives; the former who needed those stores in order to generate sufficient revenues and the latter who needed them simply to make a living.

Who are the winners?

You could say that the retailers which did not go out of business but closed under performing stores are winners in the sense that, though revenue will be down dramatically, profits will be up. Also, retail competitors will benefit from having less competition.

And lets not forget independent retailers which will now have a better chance to grow. Think about it: 154 communities are losing their Walmart stores and that means 154 communities where smaller retailers will be able to breathe.

Not all retail sectors are struggling. Dollar General, Family Dollar and Dollar Tree have plans to open thousands of stores. Still, as e-commerce continues to lure shoppers we can all expect to see more store closings for the foreseeable future.