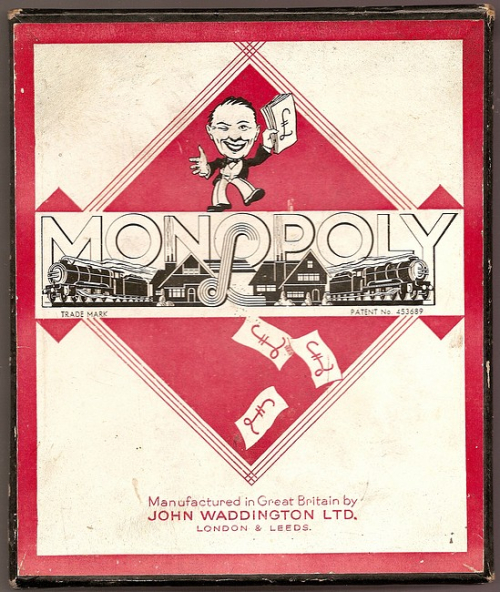 You may want to check out a new book from Schiffer Publishing. Entitled Evasion and Escape, it tells the story of how the allied intelligence services used everyday products to conceal anything from hacksaws to maps. If you love games, you may want to pay particular attention to the work of the British, Waddington Company in supplying games as a means of subterfuge. 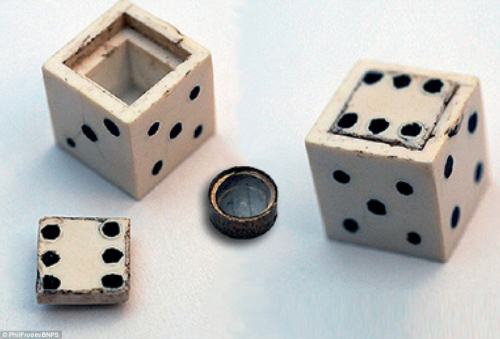 The Daily Mail has an exceptional article on that subject in its September 23, 2016 edition. The piece is written by Mark Duell and bears what may be the longest headline in history: "Revealed: The real-life James Bond gadgets invented by MI9 spies in WWII including compasses in dice and daggers in pens that were smuggled into PoW camps inside board games."

According to the author, Waddington held the distribution rights for Monopoly in the UK. They were approached by MI9, Britain's spy agency, to make a game in which they could smuggle things like maps and even hacksaws into German POW camps.

The items were secreted inside hollowed out dice and even in between layers of game board and box cover cardboard. According to Duell, Waddingtons became the the go to company for smuggling maps into the camps.

I find the Waddington Monopoly game board and pieces to be fascinating (see next page).

Not just for the spying aspects but because of the differences between the Waddington and the US product. In this case, Waddington used a spinner instead of dice and the playing pieces (you have to look closely) are unlike any I have seen for a Monopoly game. The Chance and Community Chance cards have a different font and font size. Everything else looks pretty much the same except for that winking guy on the box cover. Who is that guy? Is it a young Mr. Money?