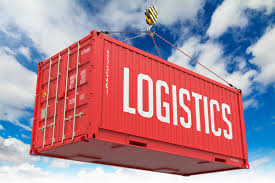 Last week I wrote about the bankruptcy of one of the world's largest container ship companies, Hanjin Shipping (see: "A Major Container Shipping Company Line is Bankrupt; Worries for Christmas"). In that posting, I quoted the Wall Street Journal as stating: "Hanjin is sparking fears among retailers in the U.S. and elsewhere during the busy holiday-stocking season. There could be “millions of dollars” of goods stranded, according to the National Retail Federation."

Gerrick Jonson, Toys & Leisure Analyst for BMO Capital Markets, follows publicly traded toy companies. He checked around and reports that all of them had been aware of the Hanjin problems and had already moved their business to alternative shippers. By doing so they will be able avoid increases in prices due to reduced demand as well as assure that their goods will make it to market in time.

What, however, about the smaller players? Those hundreds of companies and retailers that are not publicly traded and do not have access to sophisticated logistics providers. It is possible that the advantages the big companies enjoy could prove to be a disadvantage for smaller companies.

By moving prior to Hanjin's bankruptcy, larger companies have been able to tie up available container space. That means that smaller players will be competing for what is left and that could mean higher spot market prices and products arriving late to market.

It could also mean that retailers, managing their inventories by planning to reorder in the Fall, could find that container space is unavailable. Retail sales could be lost for products that turn out to be hot.

Smart companies should be checking with their logistics providers now in planning how to manage their flow of goods. It is certainly not a time to panic but it is a time to be smart.