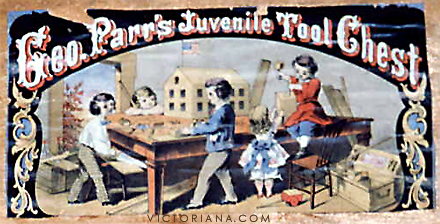 It's Labor Day weekend so it seems appropriate to take a look back at some vintage toy tool sets. The quality of the above tools is conspicuous. They look like junior versions of the real thing.

Above is an 1862 ad for a tool set manufactured by the George Parr Company. I love the image of children (extremely well dressed children) working with toy tools. Also, note that two and maybe three of the children depicted are girls. I was startled by the prices. I used an inflation calculator and converted 1860 dollars to 2015 dollars. That $30 set would cost $818 today. That was a serious investment so these must have been targeted to the most affluent. 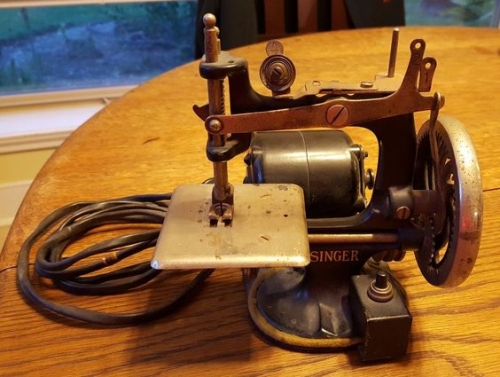 Scott Traylor calls it "Moore's Echo", the notion that in today's world cutting edge technology becomes a toy in three years. I checked and the first adult, electric sewing machine was introduced in 1889. It appears, therefore, that if we apply "Moore's Echo" retroactively to the above toy sewing machine we would be saying, in 1906, that whatever is cutting edge technology becomes a toy in 17 years. 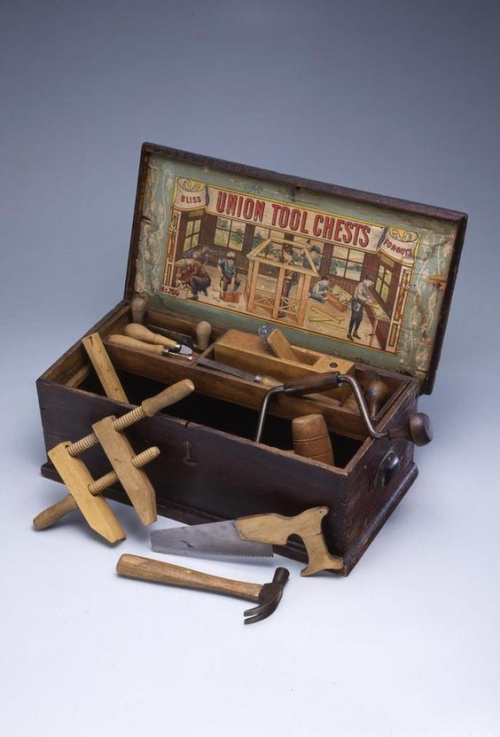 The solidity of the Bliss Union Tool Chest (seen above)  sent a message to children in the 1920's that making or fixing something with your hands had value and meaning. A great message to a world in which most children ended up on the trades. These tools from the 1960's maintained that sense of solidity and purpose we saw in the aforementioned set from the 1920/s. Children were taken seriously as builders of the future. It would be interesting to consider whether the tools of play we give children today continue to provide the same message of their value as future adults.