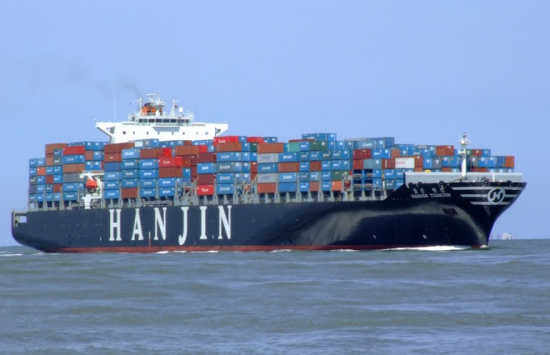 "Hanjin is sparking fears among retailers in the U.S. and elsewhere during the busy holiday-stocking season. There could be “millions of dollars” of goods stranded, according to the National Retail Federation." Wall Street Journal, September 2, 2016

Batten down the hatches; they're is going to be a reduction in container ship capacity that could impact the coming Christmas selling season. Hanjin Shipping, a Korean container ship company, has announced its entry into receivership, a form of Chapter 11 Bankruptcy.  Hanjin is in the top 10 in terms of its cargo capacity and number of vessels.  It is said to be the largest ever bankruptcy of a container ship company and as a result Its ships are being seized.

To give you a picture of its potential impact, here are headlines from two cities most impacted by the Hanjin situation, Seattle and Los Angeles:

According to an article on the Legacy Supply Chain Services website: "Major Shipping Line Files Bankruptcy: How This Impacts Global Transportation": "Immediately, vessel space becomes very tight- and is only heightened by shippers heading into peak season. As a result of reduced capacity,  prices are up and capacity is down."

Retailers depend on shipping firms like Hanjin in South Korea to deliver goods like clothing and furniture manufactured in Asia. But the economic uncertainty surrounding Hanjin’s future means ships are at sea, unable to dock at ports like Long Beach because the companies that operate the terminals are worried they won’t get paid.

The bankruptcy results from a glut of container ships. As a result, the impact will more than likely be short term. In the meantime, I think we are going to see retailers making earlier buying decisions so they can secure container space. My best advice is: If you are a toy or play company, check with your retail buyer asap and learn what contingencies they are planning.