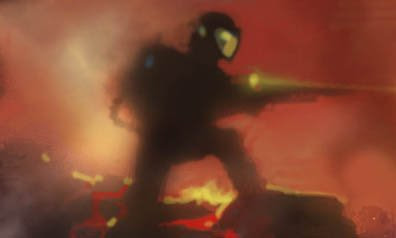 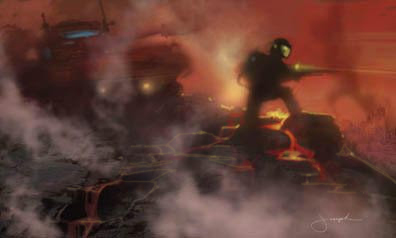 Those, however, who are mere mortals and actually carry the workload, will always be open to learning new ways to update and streamline their digital skills. Simply stated, for most of us, learning is earning.

A few months ago, I landed a film contract for visual development and noticed how diverse the industries were in terms of computer knowledge. Generally speaking, the premium toy industry has a reputation, deserved or undeserved, for not being as progressive in Adobe Creative Suite design skills compared to retail, because they historically relied on a global client with seemingly infinite resources.

Retail, however, had to perform within finite budgets, forcing them to use the latest digital tools to meet tight deadlines, generate quantifiable profits and actually track everyone’s hours per toy line and SKU. This determined the technical level of designers hired within those respective markets, especially in the realm of creative supervisors tasked with managing digital assets.

Film studios are another story, being primarily contract based, designers are forced to stay up to date simply for self-preservation. In this creative industry, you’ll find some of the most amazing, talented people who are proficient in both conventional and digital techniques—they have to be. If you were to tell them you never had to learn Photoshop, it’s a safe bet they would laugh you right out the door.

To save a huge amount of time and have greater creative control, many more designers these days are opting to draw directly within their computer program of choice. No more wasted energy scanning a pencil drawing, then rescanning when a revision is needed, then adjusting each scan in Photoshop, and then repeating the entire cycle when another last minute revision is required.

My humble digital painting featured in this post, is a quick, down and dirty sketch serving only to establish a very specific emotional beat within a video game, capturing the action while establishing the overall mood of the corresponding environment. There is just enough detail to let the viewer know what is happening without making the image look too technical or static. The visual ambiguity in the shadow areas forces the viewer’s imagination to fill in the blanks, creating a sense of movement and emotional depth. More details will be revealed later in the sequence, right now it’s pure emotion.

For you students building design portfolios, roughing out your ideas with the Wacom Cintiq or tablet will get you used to the process of direct to digital. Once you become more confident by rendering roughs, you’ll be amazed how quickly you’ll be able to build them into more refined digital paintings.

Just remember to have a distinct focal point and a defined light source so your subject has a sense of visual depth and form. Starting out rough and getting more detailed as you go, also allows you complete control over how far you actually take the image in terms of finish and detail.

So, try it out. Experiment and allow yourself to make mistakes—it’s okay. If you do, just hit command c (undo) and no worries. Oh yes, and don’t forget to have fun! It’s nearly impossible to make your ideation sketches have life and vitality if you’re stressed out. Let go and let it happen.