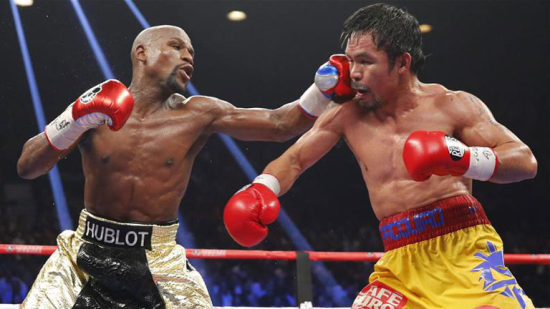 Walmart appears to see the handwriting on the wall and is fighting back for the lowest income shoppers.

The fight is on for the lowest income shopper and Walmart is taking it seriously. E-commerce providers, and primarily Amazon, have been steadily robbing bricks and mortar of the upper income shopper. The Internet is the bastion of those who have what it takes to buy online:  Credit and an Internet connection. As a result, it is department stores that are the canary in the retailing coal mine for bricks and mortar chains. That's why we are seeing headlines like this one on August 11, 2016 from CNN: "Macy's is closing another 100 stores."

And it may be working its way down through the retail sector. Consider this August 17, 2016 StarTribune headline: "First sales drop in two years sends Target execs scrambling for answers." As that article put it: "analysts also wondered if there were deeper issues at play — in particular, Target’s ability to hold off the mounting threat from Amazon.com."

Those consumers who seem most immune to the attractions e-commerce are those at the bottom of the economic ladder. In other words, those without credit and without easy access to the Internet. The retailers of choice for these shoppers are those who provide the lowest prices and that has meant retailers like Dollar General and Family Dollar. That is one of the reasons that these chains have been undergoing spectacular growth (Dollar General is currently has well over 12,000 stores with plans to grow to 20,000 by 2020 ). Walmart appears to see the handwriting on the wall and is fighting back for the lowest income shoppers.

That may be one of the reasons that Dollar General and Dollar Tree (parent of the Family Dollar chain) surprising saw their sales sag in the last quarter while Walmart's grew. This headline from Fortune says a lot: "How Walmart Won Back Shoppers From Dollar General." The story states that Walmart has been fighting for the low end by dramatically cutting prices, particularly on groceries which make up 55% of its sales. The article puts it this way: "Dollar General said fewer shoppers had come into its stores. In contrast, last week, Walmart said shopper traffic rose at its U.S. stores for the eighth straight quarter, helped by aggressive pricing that boosted its grocery business."

Despite the recent drop off in sales, look to Family Dollar and Dollar General to continue their love affair with the low income shopper. Walmart is jealous  and is desperately working to secure a piece of that action. It's a fight worth watching.