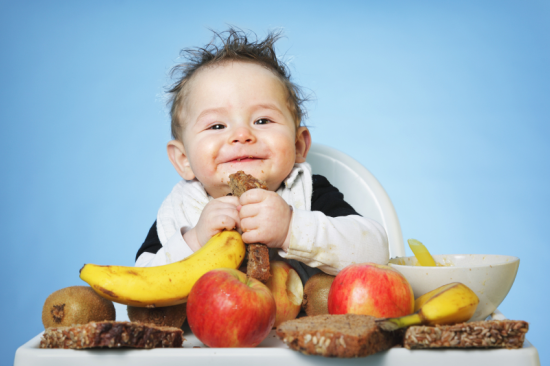 You may want to read a fascinating article, "Babies Watching People Eat." It makes the case that food preferences, developed in infancy, are not based upon nutrition or flavor. They come from watching other people eat.

That's according to a study by Katherine Kinzler, a Cornell University associate professor of psychology and human development. Her study found that one-year old babies determine what they like and don't like depending upon the reactions of others eating those foods.

We found some surprising patterns. If the two people featured acted as if they were friends, or if they spoke the same language, babies expected that the people would prefer the same foods. But if the two people acted as if they were enemies, or if they spoke two different languages, babies expected that they would prefer two different foods.

As I read this I thought back to a study done at City University in London which, unlike the food study, purports to find that children are born with toy preferences. The study by Dr. Brenda Todd has been circulated in a number of media outlets despite, what I find to be, faulty research. You can read about my analysis in my article: "Gender and Toys; why the research is wrong."

So, are preferences in toys based upon nature or nurture? Based upon Dr. Kinzler's study, I vote for nurture.