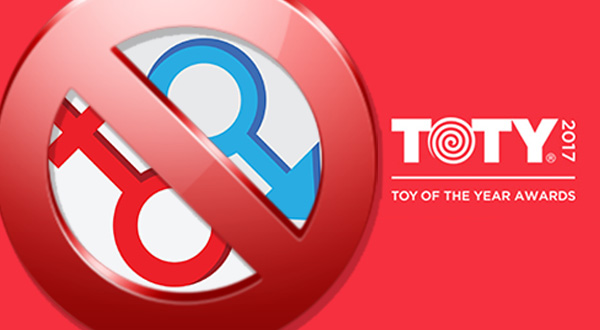 I have been arguing in favor of gender neutrality in toys for a number of years now. It is for that reason that I decided to wait a week before commenting upon the TIA's decision to take the TOTY Awards (Toy of the Year Awards) gender neutral. It was a long time in coming and is an important moment for the industry and society.

In my opinion, it makes no difference whether children are born with play preferences or are taught them. We as an industry have no business signaling to children with which toys they should be playing. That should be left to them and their parents.

By providing gender labels, the toy industry has displayed a hubris that has, over the decades, cost the industry billions of dollars in sales. Think of the construction sets, science kits, action figures and who knows what else that were not purchased because the packaging, departmental signage and advertising said to girls: "These toys are not for you." The Toy of the Year Awards, by emphasizing gender, supported that notion.

In another decade, people are going to shake their heads in amazement that the toy industry once based its awards on gender. This decision by the TIA shows vision and awareness that the 21st century child will not be bound by any constraints we place on him or her.

My congratulations to the Toy Industry Association for making this decision. Now, on with the future.