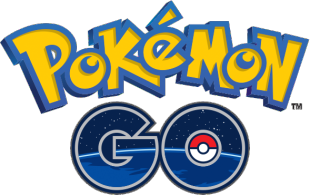 Despite only being initially launched in the US, Australia, New Zealand and the UK, Pokémon Go has quickly become one of the top mobile games globally, achieving active user levels comparable to Twitter.

Thanks to its unparalleled popularity, the free-to-play game, developed by Niantic in an agreement with The Pokémon Company, raked in US$200 million in revenue in the first month of its release. Additionally, Nintendo, which owns the Pokémon franchise that was first introduced in the 1990s, saw its shares increase remarkably since the game's release.

As I also explore in our forthcoming "Licensing and the Evolution of Retailing   Landscape" Global Briefing, the retail landscape in licensing is incredibly important since it is perceived as the extension of the licensing world into real life and these are  certainly interesting times for brick-and-mortar retailers, many of which have struggled recently due to declining footfall. Consumers are becoming increasingly confident  making a purchase online at the expense of brick and mortar stores, transforming  global shopping patterns. 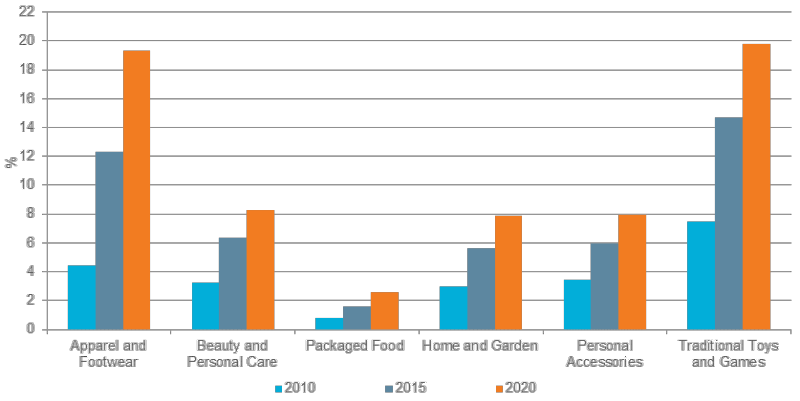 Internet retailing (e-commerce) has been the clear winner in overall retailing globally in recent years. It outperformed other retail channels consistently throughout the review period recording a CAGR of 24.4% over 2010-2015. Increasing internet penetration and usage, competitive pricing and wide product availability have all contributed to its enviable performance. It is also projected to be the most dynamic distribution channel during 2015-2020, posting a CAGR of 12%.

Across all the key industries for licensing businesses globally, including apparel and footwear, traditional toys and games, beauty and personal care, home and garden, personal accessories and packaged food, the share of internet retailing rose over the 2010-2015 period.

M (mobile)-commerce comes as a natural progression from e-commerce and it is on  the rise as the consumer path to purchase is evolving. The proliferation of wireless internet-enabled smartphones suits consumers' on-the-go lifestyles, enabling them to purchase goods and services anytime, anywhere. The penetration of mobile shopping within internet retailing reached 51% in China, 24% in Indonesia, 23% in Saudi Arabia and 20% in both Mexico and Thailand in 2015.

For all its benefits, however, internet retailing struggles to recreate the same level of impulse shopping that occurs in stores and fails to fully replace shopping as a leisure activity. The new augmented-reality mobile game Pokémon Go could potentially present an opportunity for retail outlets to increase foot traffic to their stores.

There is already Pokémon Go-themed merchandise available across a number of categories in traditional toys and games, including action figures, plush toys, games  and puzzles, and construction. Apparel and footwear has also been quick to respond with Pokémon Go licensed t-shirts and shoes. It was reported that licensed apparel specialist, Bioworld Europe, has seen a surge in sales of its licensed Pokémon  collections following the global success of Pokémon Go. Home and garden is another industry that also joined the bandwagon with Pokémon Go-franchised bed textiles and dining merchandise. There is even a Pickachu cutlery set.

The challenge for the character licensing industry today is that children are the main consumer and they are not loyal like they used to be. They tend to consume   something different on a different platform every day. It is almost like they jump from one to another, presenting many challenges for the industry. If the retailers are to exploit the commercial opportunities presented by the latest Pokémon Go craze fully across different generations, they need to act fast. It is argued that Pokémon Go could have trouble retaining its audience over the next few months as new games continually enter the market to challenge it and the novelty of taking pictures next to Pokémon disappears.