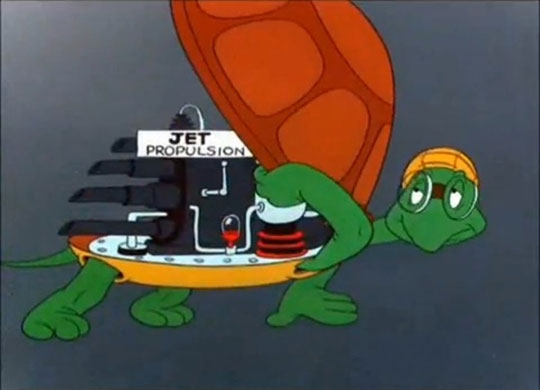 Walmart's attempts to catch up with Amazon have been a bit like Aesop's Tortoise trying to beat the Hare. The difference is that the Amazon Hare has been refusing to take a nap.

Unlike Aesop's Tortoise, this one is strapping a jet pack to the top of its shell. That jetpack is jet.com. This privately held Amazon wannabe began one year ago with great hoopla, very low prices and a $50 membership fee. The company's initial plan was to sell at cost and use the membership fee as its sole source of revenue.

That must not have been working as in October, jet.com did away with the membership fee and raised its prices. Did that help? Apparently not, as it has not made much as it has not signifigantly closed the gap on Amazon.

I therefore find it a bit puzzling that Walmart would choose to purchase an awkwardly performing ecommerce provider in order to make up for its own less than spectacular attempts to compete in digital retail. Yes, jet.com would benefit from Walmart's buying power and sourcing expertise but what does this year old company offer as proof of excellence in any phase of its business model?

I would have preferred Walmart not make the purchase. Why,  because maybe being the turtle isn't so bad, even if the rabbit doesn't take a nap. Perhaps Walmart should have continued its learning and growth curve on the digital side as it learns how to better apply its hard earned operational competencies and become the low price leader in digital retailing.

Walmart now has a jetpack. Let's see if this turtle can fly.