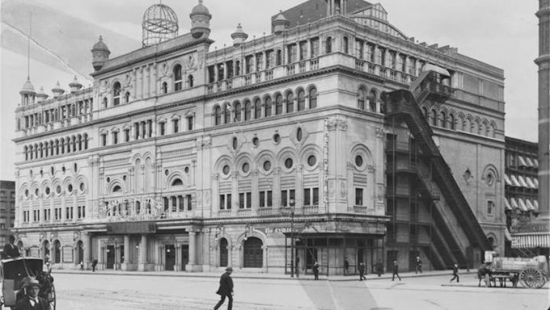 The toy industry lives atop the ruins of the past and in turn gives way to the ruins of the future. That was the thought that went through my mind when I read about the recent discovery of an orchestra pit and stage during the deconstruction of the recently deceased Toys R Us Times Square store. 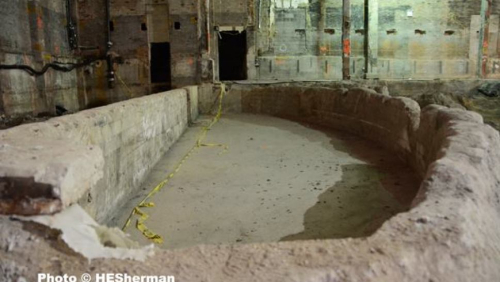 Ruins of stage and orchestra pit

According to a Playbill article by Robert Viagas, "Evidence points to remains of first theatre built in Times Square," the theatre in question was the Olympia, built by the grandfather of Oscar Hammerstein II (theatre empresario, Oscar Hammerstein I) in 1895. The theatre was in turn torn down in 1935 only to become the eventual home of Toys R Us and its ferris wheel. Interestingly, just 14 years later, what was to become the Toy Center, 200 Fifth Avenue, was opened to the public as the Fifth Avenue Building. As veterans of the toy industry are only too aware, that building was in turn purchased in 2007 for the purpose of creating more condominiums, something New York City did not necessarily need. If you visit Eatly, a food establishment now ensconced on the premises, make sure to look where the ceiling and walls meet. You will easily see the remnants of the Toy Center staring back at you.

New York City is a constantly evolving, man made landscape. When you walk around the city, take time to every once in a while wonder about what lays beneath the city's streets and buildings. Its theatre scenery writ large.