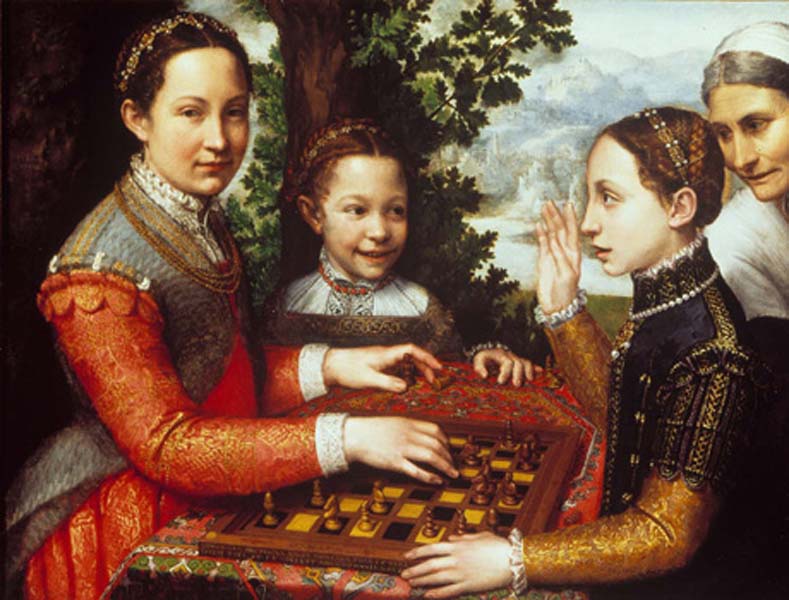 I am fascinated by the above painting that was created by the female artist, Sofonisba Anguisolla. I love the look on the little girl's joyful face. I also like that we get to look through a virtual window, if you will, into 16th century life. Women have been playing chess for a long time. 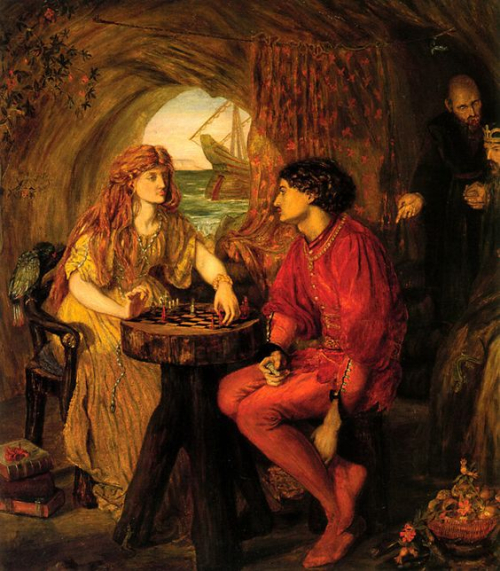 Brown was one of the Pre-Raphaelite artists. Her depiction of Ferdinand and Miranda, characters from Shakespeare's "The Tempest" feels claustrophobic. She looks at Ferdinand defiantly as she makes her move. 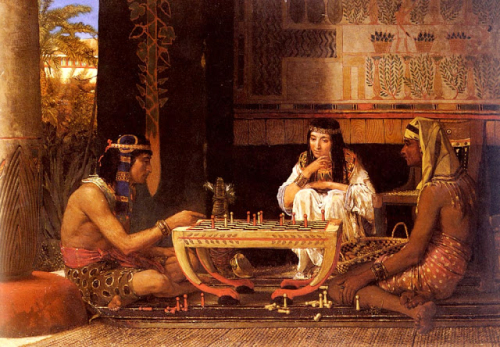 I have to say that I find this piece painted by Lawrence Alma-Tadema in 1865 to be a bit weird yet interesting. In what year is this scene set? The pieces look very modern while the dress looks like something out of a Cleopatra movie. The boy appears to be making his move while the girls looks not at him or the board but off into the distance…contemplating her next move?