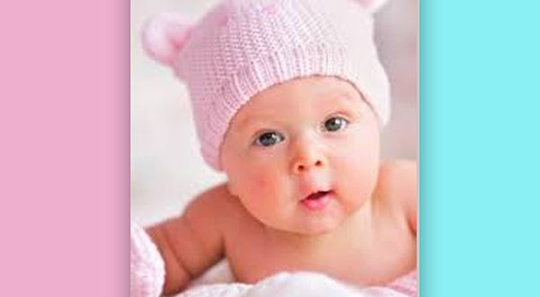 In 2010, I wrote a two part article on the research conducted by Dr. Brenda Todd of City University in London. It purported to find that children are hardwired to have toy preferences based upon their gender. Despite it having been published by the British Psychological Association I found it to be deeply flawed. Much to my surprise, the article has once again been published, this time by Science Daily.

What I said at the time still holds. Here is the two part article.  Part 1 lays out the study.  Part 2 includes my analysis of the methodology.

Do girls and boys choose toys based upon genetics or environment?  This is a sometimes contentious topic that would certainly benefit from some controlled studies.  Well, it turns out that one has recently been conducted by  Dr Brenda Todd and Sara Amalie O´Toole Thommessen from City University in London with the conclusion that that children are born with gender preferences in toys.   The study was presented at the April 16, 2010 meeting of the British Psychological Association.

This is the type of study that gets press and indeed it did.  Newspapers and blog sites anywhere from Businessweek to the Tehran Times ran headlines like:  “Even 9 month-olds choose gender-specific toys.”

Here is how the Businessweek article opens up:
Parents may want their girls to grow up to be astronauts and their boys to one day do their fair share of child care and housework duties, but a new study suggests certain stereotypical gender preferences take root even before most kids can crawl.

When presented with seven different toys, boys as young as 9 months old went for the car, digger and soccer ball, while ignoring the teddy bears, doll and cooking set.

And the girls? You guessed it. At the same age, they were most interested in the doll, teddy bear and miniature pot, spoon and plastic vegetables.

"The boys always preferred the toys that go or move, and the girls preferred toys that promote nurturing and facial features," said study author Sara Amalie O'Toole Thommessen, an undergraduate at City University in London.

I am putting on Building Our Future Girls and Toys conferences in New York City in September and during the Spielwarenmesse Nuremberg Toy Fair in February so I was of course very intrigued by the study.
I found this all to be very interesting but wanted to better understand the methodology.  I searched and found a more detailed article on the study in Medical News Today.  Entitled “Children Less Than a Year Old Already Favour Gender-Typical Toys,” the article states:
Dr Brenda Todd and Sara Amalie O´Toole Thommessen from City University presented 90 infants aged nine months to 36 months with seven different toys, some were stereotypically boy's toys – a car, a digger, a ball and a blue teddy, and some were stereotypically girl's toys – a pink teddy, a doll and a cooking set. The infants were placed one metre away from the toys, and could pick which ever toys they pleased. Their choice of toy, and the amount of time each child spent playing with each toy was recorded.

Here is how the article stated the results:

The infants showed a strong preference for the toys which were stereotypically representative of their own gender. Of the youngest children (9-14 months), girls spent significantly longer playing with the doll than boys, and boys spent significantly more time playing with the car and ball than the girls. No association was found between parents' self-reported views on which toys were more appropriate for boys or girls or their report of gender-typed activities at home.

This study is the first to find such consistent and stable differences in toy choices between genders in children younger than 18 months. The findings fit with similar studies with monkeys, and raise the possibility that there is a biological bias in children to play with gender-typed toys.

This all sounds like a solid case for nature.  It may be, but before you make up your own mind, read my comments on the methodology used in my next blog.  I have some major concerns.