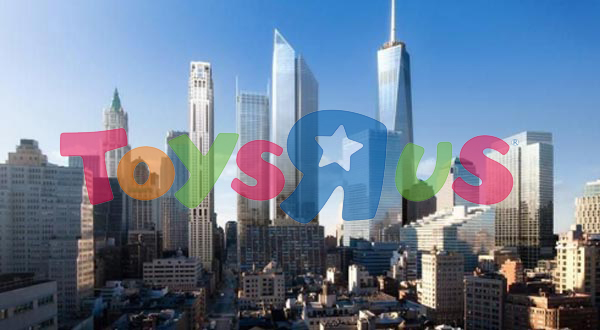 Toys R Us Times Square and FAO Scwharz were far more than stores. They were a way to remind adults and children that toys are far more than a commodity and that play is much more than the lowest priced piece of plastic.

Is Toys R Us planning to return to Manhattan? Having closed its landmark Times Square and historic FAO Schwarz stores it currently has, except for a Babies R Us at Union Square, no presence in the city.

That, however, could change. In a Forbes interview with Toys R Us CEO, David Brandon, "Toys 'R' Us CEO Says He Wants Toy Chain to Return to New York City," author John Kell learns that "…locations will likely be smaller, perhaps between 8,000 to 12,000 square feet, an “urban model” that is similar to what Toys ‘R’ Us operates in China. Those potential city locations would have a leaner inventory, but also would be commercially feasible."

Brandon states in the article that the cost of operating the former locations was economically no longer feasible. And in a competitive environment that includes lowest price competitors like Amazon,and Walmart, the company has to stay profitable.

I fully appreciate Mr. Brandon's position. It is rationale and certainly in the best interests of the company he operates. Still, I can't help but be a little queasy about it all. Here is why:

Unfortunately, today's consumer largely experiences toys through what they see when walking down the toy aisle in a Walmart. It is no crime to have a business model that features a limited number of the most heavily advertised (and therefore most broadly recognized) toys and video games. There is, however, no magic there. That is why, Toys R Us and FAO Scwharz were far more than stores. They were a way to remind adults and children that toys are far more than a commodity and that play is much more than the lowest priced piece of plastic.

Magic, walking down an aisle in a physical store, turning a corner and suddenly seeing what you never expected, is the heart and soul of a great toy store. FAO Schwarz no longer offered the magic it once did but it was certainly a powerful alternative to Walmart. The Times Square Toys R Us was as well.

The former Toys R Us and FAO Schwarz locations with their size, large selection, proximity and above all their history, created a toy and play epicenter in the middle of Manhattan. Returning to the city with an 8,000 to 12,000 square foot store is just not the same.

Toys R Us does not owe it to the toy industry to lose money. Still, it is a sad situation for all of us that New York City no longer joins London (Hamley's) as the world's capitals of toys and play. Now its just London.