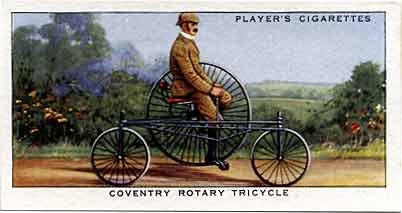 One thing most of us had in common is that at one time we probably had a tricycle or a Hot Wheels. It was easy to drive, relatively safe (although my older sister broke her arm riding one that was missing the handlebars) and a way to engage in "close to home" exploration.

How long have tricycles been around? They can be traced back to the 15th century but they really came into their own at the end of the 19th. According to the International Bicycle Fund's time line, "rack and pinion steering, the differential, and band brakes…" were options long before there were cars on the road.

Here are some images of tricycles from an earlier age. You will notice that early tricycles were for adults…not for kids. 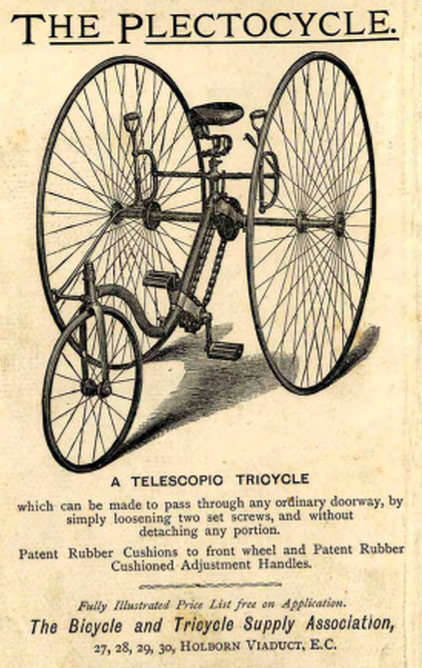 The Plectocycle, The Bicycle and Tricycle Supply Association, 1884

I don't know what I like best about the Plectocycle, its name (which sounds like something a dinosaur or plectomaniac would ride), its wild look or the fact that it could be collapsed to fit through a doorway. 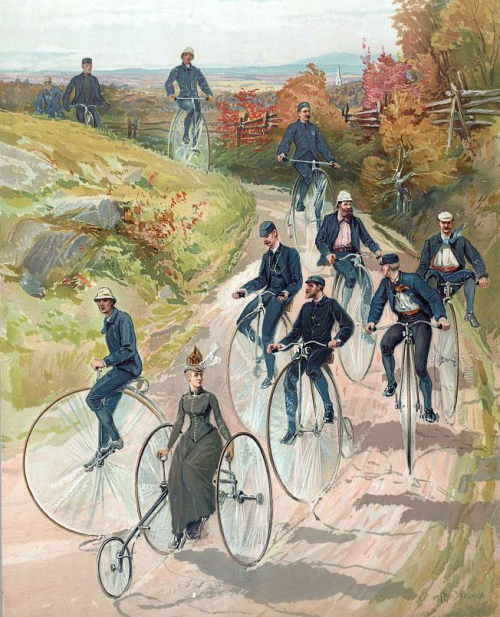 The Lady is riding a Premier Crossframe, 1886

I find the above image to be fascinating for a number of reasons. For one, she is in the lead. She is the only one riding a tricycle (which allows her to remain modest in her attire) and she is wearing quite a hat. All the men are riding those giant front wheel bicycles that were called "bone shakers". I would hate to fall off one of those. The Fairy from The Colson Company, 1919

Kids did finally get a chance to ride as can be seen from this little girl and her doll enjoying a ride on The Fairy. Those look like there are pneumatic tires on that tricycle from Columbia which that little girl or boy is riding.