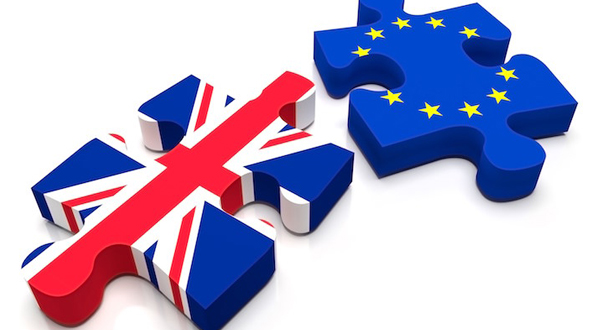 Andrew Dobbie is the highly respected founder and Managing Director of Gameplan Europe Ltd. Based in the UK, Gameplan Europe provides consulting services, executive search, distribution and publishing to its clients. I asked Andrew to provide us with his personal take on the UK's recent decision to leave the European Union (Brexit). Here are this thoughts:

The value of the pound has dropped 11% against the US$ since the day of the referendum result.  That means an 11% hike in prices if margin percentages are to be maintained, because most toys from the Far East are invoiced in US$. Clearly  most manufacturers cannot raise prices immediately because of printed prices in catalogs etc, and even if prices are raised that much, volumes are bound to fall and the profile of consumer demand  will move towards cheaper toys in a range .

In the meantime Britain is a divided nation (or even more so than normal) with bitter recriminations being thrown about, leavened with spicy adjectives to describe the opposing side of which 'pondlife' is a mild example. One of the problems is that there was a strong demographic split in the voting.  Younger people and higher socio-economic groups voted primarily 'remain', and older people and lower socio-economic groups 'exit'.  This is  a toxic scenario with young people asserting that old folks who will soon be dead have dealt a blow to the economic future of those who still have a full life ahead of them.

The proponents of Brexit asserted that once the UK economy was unshackled from the dead hand of the anti-business bureaucrats in Brussels sucking the life blood out of entrepreneurs like vampires (this is not my florid take on the issue!) then the economy would bound upwards towards the sunny uplands of the new tiger economy Great Britain. Well we can all have our dreams.

In the meantime EU officials are being nasty to the UK saying that you cannot have the benefits of being a member of the single market, without making the contributions, and that they have to 'make an example' of the UK to deter other EU member states who might get infected with Brexit disease. Well the UK has one ace up its sleeve, and that is that we buy more from the rest of the EU than we sell to them. Since trade agreements are primarily based on reciprocity, they would cut off their noses to spite their faces (do you use that expression on your side of the pond?) by imposing stringent import duties on UK goods and services.  I wouldn't put it past them though, not just because the human condition frequently evidences people damaging their own chances merely to be able to indulge their desire to spit  venom against those they resent, but  also because  EU policy makers boast  a litany of decision taking  in which their  hopes triumphed over experience.

Who knows what will happen in the long run once the whirling dervishes of the financial markets have settled down from their frenetic short term post Brexit gyrations?  Maybe the UK will emerge stronger . Defiance in the face of a mocking foe is a great motivator to prevail .  When the UK joined the EU and thereby imposed import tarifs on old friends like New Zealand, the latter responded by sharpening their farming and trading skills and making themselves more competitive in world markets, once the easy market of the UK became less accessible.

As Friedrich Nietsche said  - 'Das was einen nicht umbringt, staerkt '   - That which doesn't kill you, makes you stronger'