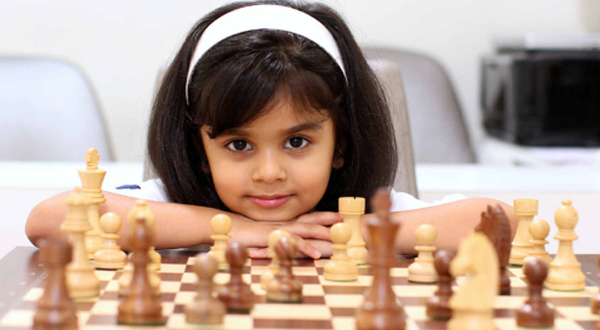 "Why, in a sport where physical differences do not matter, are boys and men so much more prominent than their female counterparts…?"

I find it ironic that in Chess, in which the most powerful piece is a queen, there are far fewer females than males playing the game on a competitive level. That is what I learned when I read a New York Times article by John Leland entitled "4 Young Chess Masters Tackle a Persistent Puzzle: The Gender Gap."

Mr. Leland puts the puzzle well in posting this great question: "Why, in a sport where physical differences do not matter, are boys and men so much more prominent than their female counterparts…?"

How big is the gap? Well, according to the author, all of the world's top 100 chess players are male.

The article provides some answers and makes a case for girls being directed away from the game by well meaning parents who see it as a boy's activity. Peer pressure seems to be a factor as well as girls, as they move into teen years, feel pressured to not be nerds.

My experience is a bit different. I have been beaten at Chess and Scrabble by any number of women. In fact, I just lost at Scrabble last week and am fairly certain I will lose next week (she's that good). My history of losing to females goes back all the way to Junior High School. I belonged to a club called the Chess Nuts (giving you a sense of how cool I was). I can clearly remember losing to a girl who used her knight to checkmate me. I never saw it coming.

Scrabble is another game that is skewed towards men at the top competitive level. I just looked and there are, according to the World English-Speaking Scrabble Players Association (that's a mouthful), no female Scrabble players in the top 10.

Yet, I used to play a little competitive Scrabble and once lost to a very refined woman who was well into her 80's.   She went first and opened with the "C" word (yes, that "C" word). She smiled at me as my brain melted into a pile of goo. Needless to say, I lost and lost badly.

So, in my experience, females are certainly aggressive enough to play and play extremely well. Which causes me to think back upon a comment once made by a top competitive female Scrabble player on why there were no women in the top 10. Her response was that women who play competitive Scrabble, unlike their men counterparts, have a life.