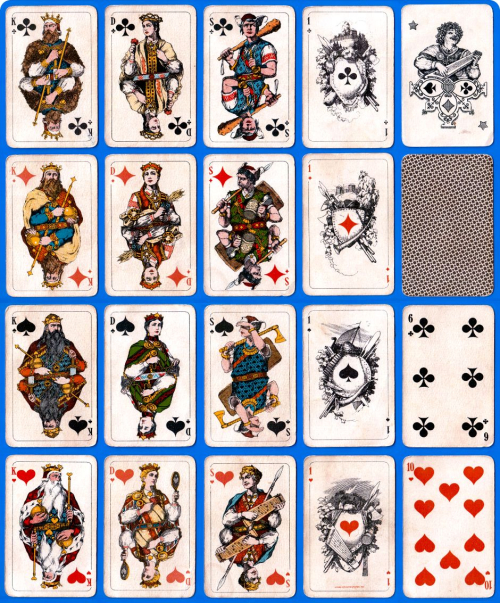 I love the way different cultures illustrate the suits in their card games. I was therefore fortunate to find a great website, World of Playing Cards, that provided a number of outstanding images. One example is the  above Latvian deck that was created by Prof. Rihards Zarinš in 1921. Latvia had just become a republic in 1918 so this may well have have been a cultural celebration. 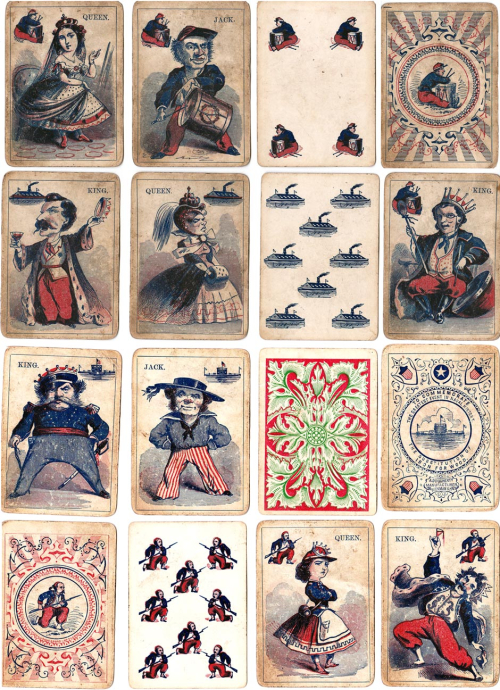 I grew up in Virginia and was surrounded by history so I continue to be fascinated by the Civil War. Above is a rare set of Civil War playing cards that was published in 1865 by A. Dougherty Manufacturer. What I find particularly fascinating is the inclusion of scenes of the Merrimac and Monitor that had fought the first battle between iron clad ships in 1862. I also found this beautiful and wild looking set of Persian / Iranian cards.  They were designed by V. Romanowski de Boncza at the request of the Iranian government in 1938. Interestingly, Persia changed its name to Iran three years earlier in 1935 (the name for Persia in the Persian language is Iran). So, like the Latvian cards above, there appears to be a connection between cultural pride and how the nation is reflected on its playing cards. What a great looking Queen of Spades. The above Shakespearean set was created by Faulkner & Company in 1906. The Spades are from Hamlet, Diamonds from Henry VIII, Clubs from Richard III and Hearts from Henry V.