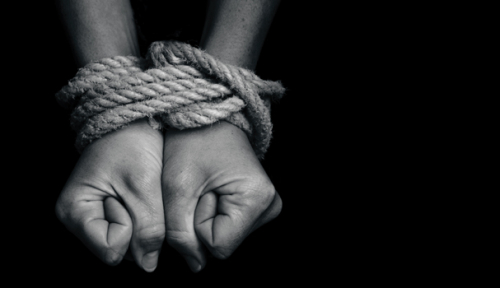 There is certainly a very nasty irony attached to the notion that products designed for play are made by forced, unpaid labor

I, as you, are used to thinking of slavery in an historic or Biblical context. Slavery was ended in the United States in 1865. Brazil held out until 1888, making it the last western country to do so.

It therefore seems odd that I am, today, writing about slavery as a contemporary problem. I guess I should not be surprised. Pirates are back as are modern versions of medieval torture and death.

Still, I was startled to see an article on Made-in-China.com entitled: "Is Your Toy Supply Chain Ready for The Modern Day Slavery Act?" Written by Mark Robertson, Director of Communications and Stakeholder Relations for ICTI Care, the article states that there are 21 million enslaved people in the world. That's more people than live in the state of New York.

Robertson informs us that the UK has a new law on the books that states that :

Any UK-based toy company or international toy company with a business presence in the UK, and which has a global turnover of more than £36 million per year, will be required to report annually on the steps it has taken to identify and address the risks of forced labor and trafficking in its workforce, its supply chain and the workforces of its business partners and contractors.

The US also has laws on the books including: "…the US, the Trade Enforcement and Trade Facilitation Act [which] aims to ban imports of goods made, wholly or in part, with forced or indentured labour."

Lest you think toys are not an issue, according to Robertson, the US Department of Labor states that toys are among the products being made with slave labor. There is certainly a very nasty irony attached to the notion that products designed for play are made by forced, unpaid labor.  And this is the 21st century.