As I also explore in our forthcoming global briefing of "Experiential Licensing: Consumer Fundamentals Falling into Place", Disney Shanghai Theme Park in China has been one the world's most anticipated attractions in recent years, which is also the new "Experiencing is everything" phenomenon fuelled by "The New Consumerism".

Today's consumers are redefining their values and priorities, leading to the birth of a new consumerism while time has become a luxury in our connected world. The experience trend is impacting across many areas from travel, theme parks and live shows to sports and music. Theme parks themselves have become an increasingly important component of many brand licensing strategies in recent years, as licensors search for new and innovative ways to leverage their property, enhance brand awareness and connect with fans and followers. 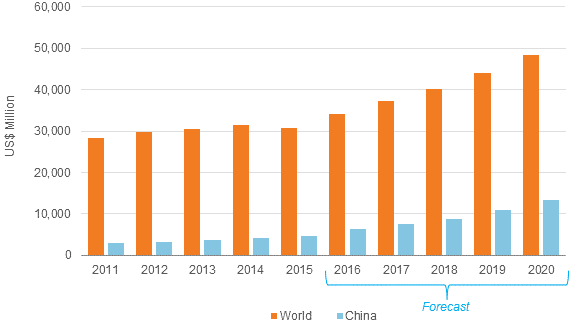 Disney's Shanghai Park opened its doors on 16 June 2016 at a substantial cost of US$5.5 billion, its greatest foreign investment to date targeting the country's expanding urban middle class and their children. Disney is by far the world's largest licensor, commanding a very extensive and unmatched portfolio of world-famous franchises.

China's theme park industry has grown much more quickly than that of most countries in recent times, and given the country's size and population, it is ripe for further growth. The Chinese spend only a fraction of their Western counterparts per person on theme parks annually.

However, the market potential also comes with its own perhaps rather unique challenges. Just over two weeks before the opening of new Disney park a rival, Wanda City (also dubbed "Anti-Disneyland"), was opened in Nanchang (a city situated an 8- hour drive from Shanghai) by China's richest man, Wang Jianlin. The new attraction features China's tallest and longest rollercoasters. Mr. Wang quite boldly declared war  on Disney as he told China National Television: " The days of Mickey Mouse and Donald Duck creating a frenzy are over […] One tiger is no match for a pack of wolves – Shanghai has one Disney, while Wanda, across the nation, will open 15 to 20 Wanda Cities." This caused considerable controversy.

It is entirely possible that some could potentially interpret the move as sheer hypocrisy, as many fake Disney characters from Mickey and Minnie Mouse, Snow White to Captain America and a Stormtrooper have all been spotted at the park. Disney is thought to be taking legal  action.

One of the unique selling points which local theme parks claim is their ability to cater for local culture and tastes. For example, Wanda City was opened with a ceremony of traditional dancing dragons and its shopping mall was designed to resemble a massive Chinese tea set. However, having copycat Disney characters – in poorly designed costumes – to greet guests did little to help or support this argument at this latest   local attraction.

It could also be argued that controversy around the Disneyland franchise may sometimes surface from rather unlikely places such as the arts. With his Dismaland "bemusement park" pop-up exhibition in the UK, world-renowned British graffiti artist and social activist Banksy had a quite sinister and satirical twist on Disneyland. Located in a derelict seaside swimming resort in Weston-super-Mare, it was opened to the public for five weeks from 21 August 2015. While Dismaland was branded and marketed as "The UK's most disappointing new visitor attraction", its motto certainly failed to deter the British public, with their unique sense of humour, making the show a total sell-out within minutes of ticket  launches. Disney has a real edge over local theme parks thanks to its global expertise and operations as well as perennial and vastly famous properties. While Shanghai Disney Resort's ticket prices are double those of Wanda Park – a weekend day admission    costs RMB499 (US$75.90) versus RMB248 (US$37.70) – it is argued that visitors would not be so deterred by high costs and willing to pay a premium to see and spend time with  their  favourite characters.

Putting aside a possible law suit that Disney would bring against Mr Wang for the infringement of copyrights, some believe that the industry could potentially benefit   from new openings as supply would sooner or later create demand. The new growing army of white-collar workers in China would eventually – albeit slowly – catch up with their counterparts in developed markets as they adopt a similar approach of spending money at attractions. The number of people who visit theme parks in China is also projected to more than double over the next five years to reach 339 million by 2020 up from 150 million in 2015.

Theme parks is projected to be most dynamic activity ahead of all other activities with   a substantial 20.7% CAGR, which translates into US$7.2 billion in further sales over the 2015-2020 period. Yet it was reported that many of China's existing theme parks are losing money due to poor management. Disney's worldwide expert proficiency could theoretically bring and set the know-how. Both Disney and Wanda should also benefit from the government's new initiatives to create more national holidays and high-speed rail lines according to global travel company Thomas Cook. After all, in absolute terms, rail travel is forecast to be one of the most popular modes of transport, generating US$27.9 billion in additional sales over 2015-2020 in China.

Currently, however, in more broad terms, Chinese consumers' present attitude of not splashing out at theme parks is causing a struggle, leaving many attractions rather cash-strapped. Disney has the potential to change all that.

Below: Fake Minnie Mouse and Stormtrooper at Wanda City, China