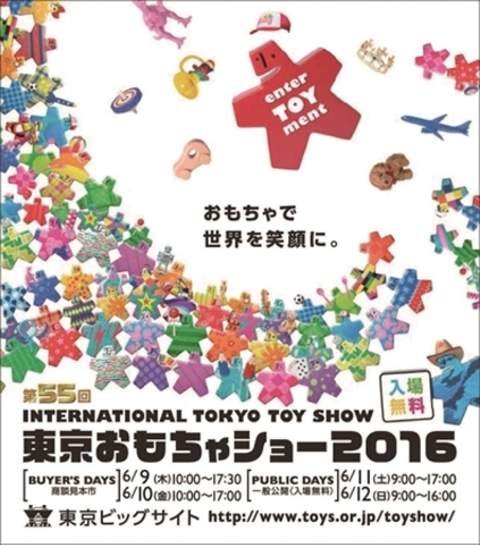 Steve Starobinsky is Vice President of Marketing and Product Discovery at Diverse Marketing. He attended the Tokyo Toy Show and this is his report.

120 Million People living on an island the size of California (population 38 million).  A culture founded on respect, honor, tradition, and an approach to business and product development that is uniquely their own.  Tokyo is a spotless metropolis that further reinforces how proud this society is of what they’ve built.  It is a different market than ours, but as one infamous buyer told me when I was a 23-year-old first year salesman – if it’s hot in Japan, it’s going to be huge in the States!

The Tokyo Toy Fair is a two part event unlike the anything in the North America; the first two days are strictly for the wholesalers while the last two are reserved for families to come out and play!  I also came to see where the crowds formed, what licenses were embraced, and of course how kids played with each of the new introductions.  Overall they get approximately 150,000 consumers to come to the show in two days.

With the consumer in mind; the major players like Bandai and TOMY approach toy fair much more like a spectacle than an industry exhibition.  The energy, excitement, showmanship, and hype is incredible.  It literally is nothing like I’ve ever seen and I left wishing that the NYTF incorporated even 5% of that energy.

Between my time at the show and extensively comp shopping the various stores in Tokyo, here are the trend clusters we've identified:

1.  Novelty Cat Items – Whether just cats as a general motif or a riff on the crazy cat lady; you could see that there was a big affinity with feline in all colors.  The top industry embraced item was the "Do Re Mi Fa Cat" from Takara Tomy and had also been recognized by the Japanese Toy Association as the winner for top toy for kids with special needs.  It's a clever riff on the cat keyboard concept and the more you buy the more fun it becomes.  Other favorite included the Cat Couch Stacking game from Epoch, parent company to International Playthings and the Sumo Cats Bling Box program from Re-Ment.

2.  The Vending Machine Effect – The Japanese love blind box programs, they just approach the merchandising vehicle as part of the magic of the sale.  These vending machines range from simple turn and win to complex video game hybrids that reward you different collectibles based on how well you do in the game.  According to the Japan Toy Association, there are 600,000 vending machines in the market and are responsible for $320 million dollars in sales annually.  The prizes themselves go from licensed impulse to the very very obscure and peculiar.  As long as they are "Kawaii" – cute, little, collectible – the consumer seems to invest their loose change into it.  I saw consumer off all ages buy from these machines, and I saw these machines everywhere from toy shops to sushi restaurants.

3.  Retro Gaming – One of the most visible kidult trends in Japan was the obsessions with retro gaming.  Not the new stuff that looks 8 bit like Minecraft – but rather NES, Gameboy Color, etc. emulators and old video game cartridges that are being sold and traded.  Not only were there multiple stores and sections for old 90's video games but there were arcades to play these games.  One of my most memorable experiences shopping was seeing a kid about 12 playing Duck Hunt on NES Sunday afternoon.  Old school is cool in Japan and being not only familiar but good at these retro games is a badge of honor!

4.  Impulse Intricate Craftables – Beautiful handmade craft projects in a tiny package dominate retailing under $20 that dominate the adult hobby category in Japan.  A mixture of the love for kawaii things, collectability, the desperate need to de-stress, and a smaller apartments/storage space… this category can be seen everywhere in Tokyo.  This is an important lesson for the North American market as the ART & Craft super category had a tough year in 2015 (down -4.3% according to NPD).

5.  Ampanman – I was surprised to learn the #1 preschool property in Japan is something I had never heard of or seen before in all of my travels.  A property that is 40+ years old and collectively has over 1300 episodes to its credit.  The property is by far the biggest for kid 0 – 4.  I wanted to include this in my trend report as I wouldn't be surprised if this made its way to the US market w/ kids and new age parents allowing YouTube to be the top content provider in the household.  We have seen recent success stories with international preschool brands such as Masha and the Bear crossover into Europe and N. America.

Thank you for taking the time to read this, if you would like to discuss anything in this trend report in more detail please don't hesitate to contact me SteveS@Diversemail.com or follow my Instagram at @RedStarArmy1.