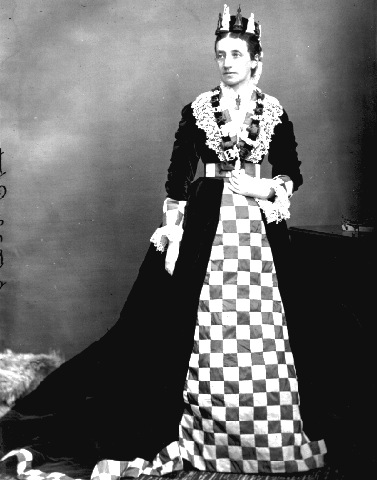 I have a confession to make: I never enjoyed games as much as I did looking and feeling them. I even like the smell when you open the box. What I particularly like are the pieces. A beautiful game piece is a work of art.

Chess has, over the centuries, provided us with the most beautiful playing  pieces. As an admirer of Chess, I have always been, for some reason, fascinated by the Rook or Castle. Maybe because it was kind of cool looking and possibly because I could not understand why a Castle, a solid, sedentary thing, could move so far in one move as opposed to all other pieces except for the Queen and Bishop. 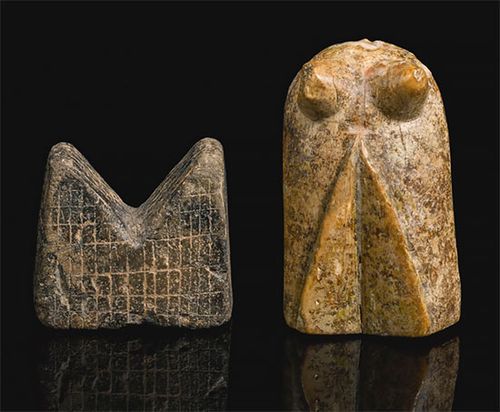 12th Century Persian Chess Pieces (the Rook is on the right)

So, I decided to look into it. The name "Rook", which predates "Castle", has its roots in the Persian word, "Rokh." "Rokh" translates to "Chariot." That meaning would explain why the piece in Chess enjoys such movement. That same sense of movement is carried over in other languages. According to the chess website Shakki it means boat in Russian and wagon in Chinese and Indonesian. 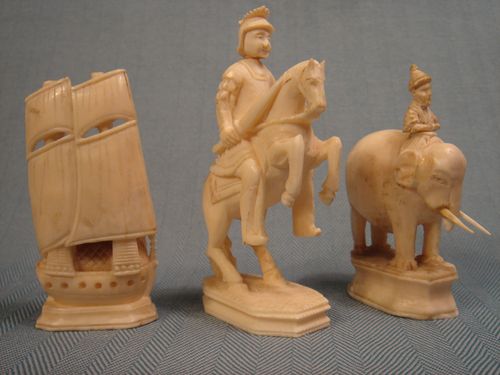 Antique Russian set. The Rook (sailboat) is on the left.

So, how did it come to be called a Castle?. It seems to have arisen during the Middle Ages when Chess made its way to Europe. The piece at that time looked like a siege engine or a fortified tower.  Hence, the Europeans gave it the name Castle or Tower. Whatever you call it, its has over the centuries, provided us with some great variations. Here are more images: