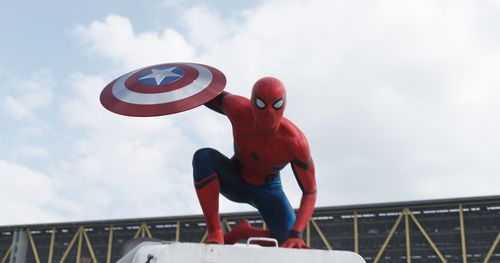 We might as well say it: "It's a Disney world and we just live in it." That's according to an article by New York Times movie critic, Brooks Barnes. Here is how he describes a movie studio landscape in which there are definitely winners and losers:

A troubling box office trend started last summer and has only become more pronounced: The riches are not flowing evenly — four of the six major movie factories are struggling — and only expensive event films seem to be drawing crowds, with many general purpose, middle-tier movies being virtually ignored despite aggressive marketing.

Those two successful movie studios, according to Barnes, are Disney and to a lesser extent Fox.  Disney owns 32% of this year's box office and another 20% belongs to Fox. That is good news for those two studios, not just due to their box office share but because the box office is actually bigger this year than last; 5 percent bigger.

So what gives, why are studios like Warner, Universal, Paramount and Sony struggling?  Well for one thing, it appears to be what franchises a studio owns. Let's face it, Disney owns Star Wars and the Marvel super heroes. These huge, multi-generational big screen concepts  are hard to beat. Fox also has some strong franchises in X-Men (although it did disappoint at this weekend's box office) and Kung Fu Panda to name just two.

As important as the franchise, the execution in producing a movie is also key. DC's "Batman vs Superman" under performed for Warner Brothers. Featuring two of the most revered super heroes, you would have thought that it would have resulted in big box office. When we look at the Rotten Tomato scores, however, we see that only 27% of movie reviewers were positive about Batman vs. Superman while 90% liked Captain America: Civil War.

And let's not forget that the competition for mindshare has grown exponentially just over the last couple of years. If you own a Roku box or something similar you have access to an enormous amount of excellent, original content from Amazon, Netflix and others. With that kind of in-home entertainment, its going to take a lot to get an entertainment consumer to leave the couch. Let's face it, if you sit around long enough, all of these movies will end up on your home screen.

So, what do you do if you are a toy or play company looking to license a new movie? How you determine where to invest? Do you invest in the franchise or the studio? Do you plan your strategy in terms of the opening box office weekend or do you think in terms of a long term payback from home screen viewing? If you are a retailer, how do you plan your space allocation? How much inventory do you bring in initially when the chances are that you may have to wait until the movie works its way on to home screens?

If you are responsible for choosing licenses for your company, give us your insights.