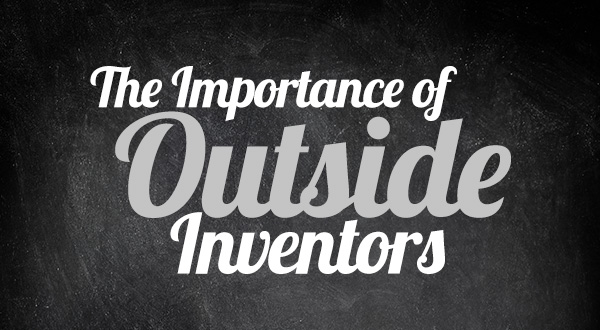 This excellent article by Mary Couzin first ran n 2010. If you read it the first time enjoy it again. If not, you are in for a treat.

Two years ago at our Toy and Game Inventor/Industry Conference, Mike Hirtle, Head of Global Acquisition and Inventor Relations at Hasbro opened the Conference with an outstanding presentation. Although I consider myself knowledgeable, even passionate, about our inventing community, I didn’t know that almost every major toy and game hit was invented by an outside inventor.

I asked Mike to reprise here what he said that day.

“In order to select the outside concepts that make it to the store shelves, Hasbro considers over 3000 submissions a year from the professional inventor community.

As far as I know, the toy and game business is the only one that is supported by such a network of inventors who make their living by creating the playthings of the future. My guess is there are between 400 and 500 designers around the world who make up this group. Over the past fifty years, a very large share of the product innovation in toys and games has been produced outside of the companies that brought it to market.

It all started in the late forties. While there had been numerous isolated licensing deals before that, there had never been any attempt to produce concepts continuously on a large scale and to subsist on the subsequent royalties. Two clever young men in Chicago, Marvin Glass and Eddy Goldfarb took note of some interesting dynamics that were changing our industry in post-war America.

Low cost injection molded plastics were becoming available, and Asian sources of manufacturing, starting with Japan, were making toys a lot more affordable. At the same time, nationwide marketing of products was beginning to flourish and when television advertising grew, the whole business took off.

Glass and Goldfarb recognized that there would be a great thirst for new toys and games and they invented the invention business. The Marvin Glass and Associates studio created hundreds of products, many of which are still on the market: Simon, Operation, Rock ‘em Sock ‘em Robots, Lite Brite, Toss Across and Inch Worm to name just a few.

The Glass operation spawned numerous offshoot firms when it disbanded in 1988 and while Chicago remains the heart of the toy and game inventing universe, and the first stop for me and my inventor-relations colleagues in our frequent travels; individuals and groups of full time inventors are now scattered around the world. I currently log over 100,000 air miles a year meeting with inventors across the US and in England, Australia, Germany, Japan, and Hong Kong.

Because their livelihood depends on satisfying the needs of the industry’s manufacturers, the inventors work hard to be knowledgeable about our lines, our past successes and failures, about what interests the kids and families of today and about the peculiarities of our trade partners. We at Hasbro and other companies are fortunate to have such a large group of capable people working hard to extend the reach of our current brands and to create new ones.

Hasbro’s recognition of these contributions includes our presenting sponsorship and involvement in Chicago’s Toy and Game Inventor Awards Dinner in November and our own reception for professional inventors at New York Toy Fair in February.”

Thanks, Mike! One of my fellow bloggers and good friend, Bruce Lund, is part of the Chicago inventor sweep.