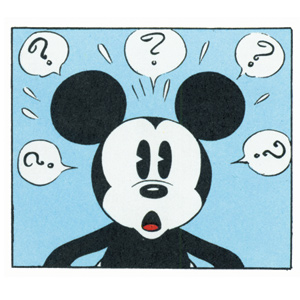 The Walt Disney Company has dealt us a couple of surprises over the last few weeks. In early April we learned that the man who was expected to be Chairman and CEO Bob Iger's heir apparent, COO Tom Staggs, was leaving the company.  According to a Wall Street Journal article by Ben Fritz, Joe Flint and Joann S. Lublin: "Mr. Staggs made the decision after learning recently that both Mr. Iger, who is also Disney’s chairman, and the rest of the company’s board had decided to broaden the search for Mr. Iger’s successor to include more candidates…"

Then, last week, we found out that The Walt Disney Company was unexpectedly shutting down its Infinity Game division. Infinity was Disney's answer to Activision's Skylanders in exploiting the "Toys to Life" game play, the amalgamation of physical toys with digital play. It was a great looking and playing product that won praises from fans for allowing consumers to mix and match the many Disney brands (you could have Mickey Mouse engage Luke Skywalker if that was what you wanted.

So why did Mr. Staggs leave and why is The Walt Disney Company exiting what has been considered a hot category? Well, we don't learn much from Mr. Iger. He is being pretty vague. According to The Wrap, a Disney spokesperson explained the decision to close Infinity this way:  “We just feel that it’s a changing space and we’re just better off at managing the risk that that business delivers by licensing rather than publishing.”

About Mr. Staggs, Mr. Iger made this ambiguous comment: "Obviously, Tom was a valued colleague and a friend of mine and many others at the company,” Iger said. “And so we're sorry [about] what came to pass, but we don't really have much more to say about that.”

Its hard to know what Mr. Iger is really thinking but I wonder if there is a connection between the two events. It would appear that the company is undergoing a period of, if not second guessing, contemplation about where it and the constantly changing entertainment and play categories are heading. With ABC and ESPN struggling, the company has to be concerned the changes in how people consume television. In the same sense, console based gaming is struggling against a rising tide of digitally consumed games.

The Walt Disney Company has, more than anything, a visionary leader with an optimistic view of the future. Perhaps Mr. Staggs and Mr. Iger had different visions of that future. Or maybe the future, at this time, is not so clear. When the Disney Company lacks a clear view of the future it is time to sit back and question whether any of us know where technology is taking us.

I am, an eternal optimist and am confident that The Walt Disney Company and the rest of us will, like kayakers on a strip of white water, find our way through to a smoother run. Having said that, despite Disney's exit from "Toys to Life" I am confident about the category as a growing segment of toys and play. More about that in my next posting.