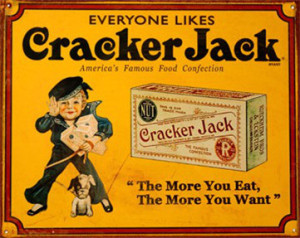 That was why I was so surprised to read today that the company is ending that tradition. Instead, they are going to include (you need to be sitting down for this) a digital code that will allow the muncher to play mobile games. 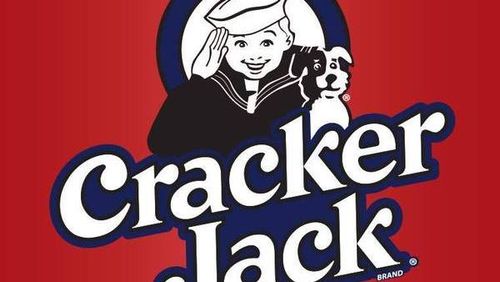 Think about it for a moment: 125 years ago means that kids were playing with Cracker Jack toys during the Spanish American War, the Roaring 20's, the Great Depression, World War II, the Kennedy Assassination, the Viet Nam War and the digital revolution. That represents a nostalgic link between 5 generations of children.

Well, no more. Don't get me wrong, I do understand why Cracker Jack is doing this; its probably cheaper and more relevant to today's kids. Still, there is something about digging your dirty little kid hand into that box and pulling out a toy you can fit in your pocket that was so perfect. It was just the right size toy and it was all yours.

Well, goodbye to all that. Its a little sad.